There has been a lot of crossover content in Fortnite, and one thing that has remained a staple is the addition of so many superhero skins.

Whether it’s DC or Marvel, there has been a lot of representation on that end. While Marvel did get a whole season to itself, there’s been plenty of DC Comics stuff, including a season that added Gotham City in place of Tilted Towers.

With so many Batman skins in the game as of right now, it makes sense that Epic and DC would want to shift directions and add somebody else. Although there are so many comic book characters in the game right, there’s always room for now.

Bloodsport from James Gunn’s The Suicide Squad came to Fortnite as part of promotion for the film, but there’s a certain character who has his own spin-off show on HBO Max that still hasn’t gotten any love.

Peacemaker, starring John Cena, would be a perfect addition to Fortnite and one fan even asked James Gunn about.

On January 27, a fan tweeted at Gunn asking about a Peacemaker skin and even floated an idea of what could come with it.

Gunn responded and said it’s up to Donald Mustard, who is Epic Games’ CCO. As it turns out, the two had a little bit of a back and forth and it certainly seems possible, perhaps even likely, that Peacemaker will come to Fortnite at some point.

“All right, most of those, you’re right, they could probably go to Fortnite,” Mustard said. “But I would NEVER put Ariana Grande in there! She looks too innocent.”

He then tags John Cena at the end of the tweet, so it seems like the three of them could certainly be cooking something up behind the scenes. With so many DC properties coming to the game over the years, it shouldn’t be all that surprising to see Epic team up with them again and add a character who’s currently crushing it in his HBO Max show. 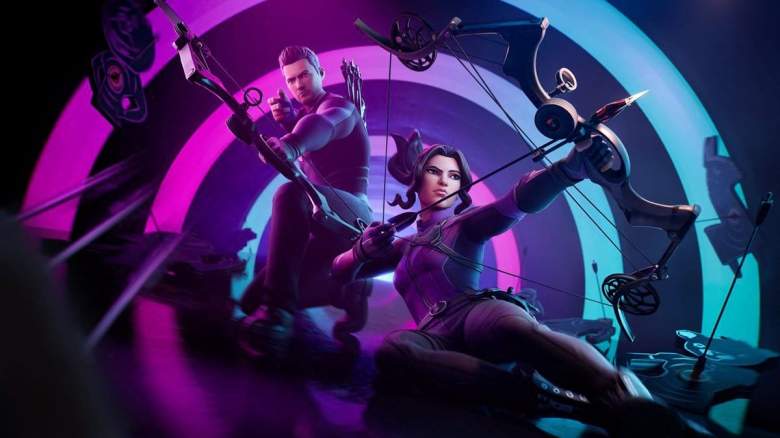 The timing might be interesting because there has been a lot of superhero content so far in Chapter 3. In Season 1 alone we’ve seen a plethora of Spider-Man skins, two Hawkeye skins, and now Green Goblin.

There’s certainly room for more skins, but Epic should definitely be conscious of how often they are releasing. Marvel skins are big sellers, but they can be a big burden on somebody’s wallet if they aren’t prepared to drop big V-Bucks each time a new skin comes out.

Chapter 3 has been a nice mix of original and new styles in Fortnite, but it looks like things might be teetering back toward the collaborations, which is good news for those of you out there who love getting your hands on a new superhero skin.

As of right now, a Peacemaker skin is just something that’s being teased, but it seems likely that it’ll come to the game at some point in the near future.

READ NEXT: Fortnite Comparison Shows How Chapter 3 is Dominating