Forget what you know from horror movies and get the real facts behind the African Ebola Virus Outbreak.

As of April 14, 2014, there are currently 183 suspected cases in Guinea and Liberia. According to the World Health Organization, this includes 113 reported deaths from the virus.

2. The Ebola Outbreak is Currently in West Africa The recent Ebola Virus Outbreak is in West Africa, and is centered in parts of Guinea and Liberia. Because it has spread to urban areas, it is different from earlier outbreaks, which were usually in remote area of Africa. This geographic spread is worrisome to health officials and international aid organizations.

Don’t remember what you saw in all those horrifying virus movies. According to medical experts, the virus doesn’t spread as easily as it does in books and movies. You must come into contact with the bodily fluids of someone who is infected, and you only become contagious after your symptoms appear.

However, Ebola is still a highly infectious virus and quarantine is usually used quickly to contain its spread. Since there is no vaccine for Ebola and it has a high mortality rate (50-90%), governments and health organizations are incredibly careful to contain it.

4. What Are the Symptoms of the Ebola Virus? The incubation period is 2-21 days, so infected people might start seeing symptoms quickly or with some delay. Early symptoms include fever, headaches, and muscle pain. As the virus progresses, later symptoms include nausea, vomiting, diarrhea, and then bleeding.

5. Where Does the Ebola Virus Come From? The virus is thought to be passed from infected wild animals (chimpanzees, gorillas, fruit bats, or monkeys) to a human and then spread from that person to others with human-to-human contact. Ebola was first recorded in 1976 in the Sudan and the Democratic Republic of Congo; most Ebola outbreaks have occured in Africa. 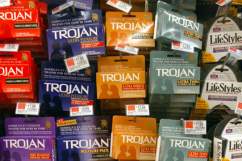 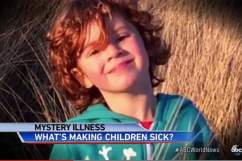 Polio-Like Virus in California: 5 Fast Facts You Need to Know 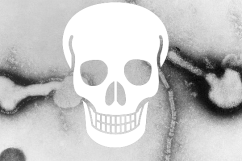