James Corden has become one of the most talked about television hosts on late night TV, and has racked up a pretty hefty net worth in the process. According to Celebrity Net Worth, Corden is worth $12 million.

Most of his net worth stems from his various roles on television, Broadway, late night television, and from being the creative mind behind the British sitcom Gavin and Stacey, which ran from 2007 to 2010 and for which he won the BAFTA Television Award for Best Comedy Performance.

Here’s what you need to know about Corden’s net worth:

1. Corden Kickstarted His Career on the British Television Show Fat Friends Before Creating Gavin and Stacey

Corden began his acting career on the on the British television show Fat Friends from 2000 – 2005. After making somewhat of a name for himself, he branched out to write his own content and created the BBC sitcom Gavin and Stacey, which earned him a Best Male Comedy Performer at the British Comedy Awards in 2007.

Corden went on to appear in several feature films, including “How to Lose Friends & Alienate People,” “The Boat that Rocked” and “Lesbian Vampire Killers.” 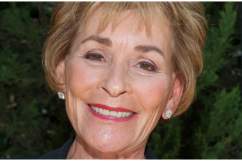 How Much Money Does Judge Judy (Judith Sheindlin) Make Each Year?

2. His Performance in the Theater Production of “One Man, Two Guvnors,” Won Him a Tony Award

As he rose through the ranks of stardom, he went on to appear in the award-winning, theater production of “One Man, Two Guvnors,” which started in London’s National Theatre, moved to the West End, and then moved to Broadway. “One Man, Two Guvnors” won Corden a Tony Award. Check out the synopsis for the production below, courtesy of National Theatre Live:

Fired from his skiffle band, Francis Henshall becomes minder to Roscoe Crabbe, a small time East End hood, now in Brighton to collect £6,000 from his fiancée’s dad. But Roscoe is really his sister Rachel posing as her own dead brother, who’s been killed by her boyfriend Stanley Stubbers.

Holed up at The Cricketers’ Arms, the permanently ravenous Francis spots the chance of an extra meal ticket and takes a second job with one Stanley Stubbers, who is hiding from the police and waiting to be re-united with Rachel. To prevent discovery, Francis must keep his two guvnors apart.  Simple.

3. He Found Major Success on The Late Late Show on CBS, Succeeding Craig Ferguson in 2015

According to Celebrity Net Worth, Corden was named British GQ’s “Man of the Year” in September, 2012 and was featured on the cover.

Corden’s career really took off after he moved to the United States. In 2015, Corden became the host of The Late Late Show on CBS, succeeding Craig Ferguson. His “Carpool Karaoke” was a massive hit with viewers and has become a staple on the show. According to Celebrity Net Worth, the “Carpool Karaoke” episode that featured Adele was the most viral video on YouTube in 2016 with more than 190 million views. 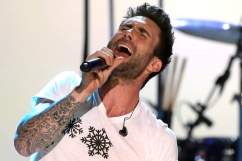 Adam Levine Net Worth 2019: 5 Fast Facts You Need to Know

4. Corden Has Brought Home Dozens of Awards Throughout His Acting Career

Corden has led a successful career on screen, and racked up 18 wins and 32 nominations for various awards throughout his career, according to IMDb. In addition to his many wins, he’s also served as the host of the Tony Awards in 2016 and the Grammy Awards in 2017 and 2018. He’s also hosted or co-hosted the BRIT Awards five times since 2009, according to the Daily Mail.

He won a BAFTA for Best Comedy Performance for Gavin and Stacey, a BAFTA/LA Britannia Award for British Artist of the Year, a British Comedy Award for Best Male Comedy Newcomer, and many more. Check out the full list here.

5. He Takes Home a Salary of $5 Million from the Late Late Show & Lives in a $10 Million California Home With His Wife & Three Children

Here, Carey and Corden attend the launch of the Parker Institute for Cancer Immunotherapy, an unprecedented collaboration between the country’s leading immunologists and cancer centers on April 13, 2016 in Los Angeles, California. Carey is often seen by her husband’s side at awards shows, openings and other events. (Photo by Jesse Grant/Getty Images)

When Corden’s contract was renewed for The Late Late Show through 2020, CBS reportedly bumped his salary up to $3.9 million. His annual salary on the show alone is reported around $5 million, according to Celebrity Net Worth.

James now lives in a $10 million home in Brentwood, California, with his wife Julia Carey and three children, according to Express UK.

READ NEXT: Who are the Contestants on the World’s Best TV Show?