Amazon is going all out on their TV and movie sales this Cyber Monday. I’m finding sales up to 78 percent off on select DVDs, Blu-ray, and streaming media. Movies will always be one of my favorite gifts to receive. It’s something I can enjoy over and over and a gift I can sit down and watch with the person who gave it to me. Movies can be a little like giving a package of dedicated quality time.

To get the most out these sales, make sure you’re not going to be slammed by hidden shipping costs. You can sign up for free two-day Prime shipping for as low as $8.25 a month when you pay annually. Month to month, it’s still only $10.99 so if you shop on Amazon even seldomly, a Prime subscription will pay for itself in no time. If you’re not ready for that kind commitment but you are into being sneaky, Amazon has a 30-day Free Trial Prime Membership, and look at that, it’s around one month until Christmas. Just make sure you set a reminder on your phone for a day or so before your free trial expires so you can cancel it before you’re rolled over onto a regular membership and charged $10.99. Amazon is pretty good about that sort of thing though because if you forget to cancel but you haven’t used your Prime benefits since your trial ended, you can usually get a refund.

These deals are going to run out fast. I’ll be here from start to finish, constantly checking on these deals to keep this article accurate and up to date on inventory and pricing. The sun isn’t even up yet and I’m already updating this with new sales.

1. Save $66 Off the Harry Potter Collector Set

Make a huge impression if the gift of the Harry Potter: Hogwarts Collection. This whopping 31 disc set is listed at $249.99, but at 26 percent off this Cyber Monday, it’s currently only $183.99 for a savings of $66. This collector’s edition box set includes all eight Harry Potter films on DVD, Blu-ray, and UltraViolet. It includes a full 45 hours of special features, meaning it would take you nearly two days straight to watch only the special features without taking breaks. You know and I know that the Harry Potter fans in your life don’t just like Harry Potter. It’s fair to say it’s a deep, possibly obsessive love. And how could it not be? We all need more magic in our lives. This collection will make any Harry Potter fan’s eyes light up with the literal days of Harry Potter goodness they’ll have to enjoy. But act fast as this deal is going quick. Fantastic Beasts and Where to Find Them in 4K Ultra HD is also on sale this Cyber Monday for 26 percent off.

Update 3:23 EST: Only one left in stock! This Cyber Monday Sale has dropped from 47 percent off to 38 percent off and now to 26 percent off. It’s clear this price is trending upwards but you can still save a ton if you act fast. 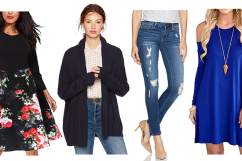 2. Up to 78 Percent Off Tolkien Collections

I love my epic movies–long, nail-biting story arcs that extend across several movies so that you feel like you’ve just run a marathon when you get to the end of it. These movie sets are an experience. This Cyber Monday, you can pick up select collections at a fraction of their normal price, but jump on this now as I’ve already seen several go out of stock and it’s not even six in the morning on the east coast. A stand out deal today is 78 percent off The Lord of the Rings: The Motion Picture Trilogy on Blu-ray. Normally $119.98, this set of three epic films is only $25.99 for Cyber Monday. This is the 15 disc extended edition set with two hours of extra movie footage and nine discs of bonus special features material. That comes out to under $2 per disc. The extended edition of The Hobbit Trilogy is also on sale for 30 percent off the normal price of $99.98. With $29.99 off, today you only pay $69.99. These are great gifts for any Tolkien fan and they’ll think you broke the bank buying it for them.

Buy The Lord of the Rings: The Motion Picture Trilogy here. 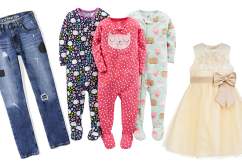 3. $8 Off Admission to The Greatest Showman

Starting on Amazon’s Cyber Monday, buy any of the movies listed below from Amazon and you’ll receive a reward code good for $8 off a movie admission to The Greatest Showman at participaitng theaters. Coming out this Christmas, The Greatest Showman stars Hugh Jackman and tells the story of P.T. Barnum with a musical flare. It’s like getting two movies for the price of one.

Water for Elephants on Blu-ray

Walk the Line on Blu-ray

The Sound of Music, 50th Anniversary Edition on DVD

The King and I on Blu-ray

That Thing You Do! on Blu-ray

Get more details on the deal here. 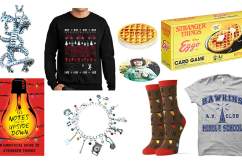 4. Up to 54 Percent off Orange is the New Black DVDs

Buy the Orange is the New Black Season 1 here.

Buy the Orange is the New Black Season 2 here.

Buy the Orange is the New Black Season 3 here.

Buy the Orange is the New Black Season 4 here.

5. Up to 64 Percent Off Select Starz Series

This Cyber Monday you can get your favorite shows on Starz for way over half off. Stock up on shows like Black Sails, Ash vs Evil Dead, and Power. Surprise someone on your list with the entirety of their favorite show while still coming in under budget, which isn’t something you’re going to be able to do any other time of year once these sales expire. Here are two of the best sales in this deal.

Update 4:37 PM EST: The prices on these Starz series just keeps rising throughout the day. It’s clear that this deal is only trending downward so grab this before the price gets any higher. Stock is getting low on these.

Browse the Up to 64 Percent Off Select Starz Series here.

Read More
Cyber Monday, Movies, Shopping
For a short time only starting Cyber Monday, buy any of these movies from Amazon and get reduced admission to The Greatest Showman, in theaters this Christmas.