Less than a day after leaking an allegedly false tracklist for More Life, the internet strikes again with a new screenshot, and a new collection of potential song titles.

This new tracklist, clocking in at 25 songs, offers a vastly different set of song ordering and featured artists. Whereas the previous tracklist fueled rumored collabs with Kanye West, Bryson Tiller, and Jennifer Lopez, this one opts for peers that Drake has a musical history with, including Future (“Jumpman”), Big Sean (“Blessings”), and 2 Chainz (“All Me”). There’s also expected features listed for PartyNextDoor, Giggs, and 21 Savage, who have long since been confirmed to appear on More Life.

While Drake and his OVO affiliates have failed to confirm or deny this new information, fans have been mixed towards its legitimacy. Check out some of the varied Twitter reactions below. And whether its real or not, there’s some solace to be had in the fact that HDD has reported More Life to be dropping some time this weekend.

@DrakeBible_ @eesp_ already know the songs that are going to have me in my feels OD lmao?

Was that the official #MoreLife tracklisting I saw?

Based on the track list and the features, More Life promises to be fire. I think we might have Take Care and Thank Me Later Drake back.

@DailyRapPics unless Drake says something about it, it's fake

This isn't the official tracklist for @Drake 's #Morelife do not believe everything you see online pic.twitter.com/4jafFGjTAq

Could this be the track list to #Drake's #MoreLife ??? ??????? This is the second rumoured post with up to 26 tracks! pic.twitter.com/ebgKLkOVDj

Is this more life tracklist real???? Quit playin with my emotions @Drake

If that #morelife tracklist is real then dam. Drake Quavo and thugger on a track? ???? 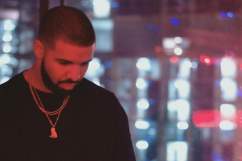