A receipt that a St. Louis Applebee’s waitress posted to Reddit recently went viral and has sparked quite a bit of controversy. Written on the receipt by the customer, following the 18 percent gratuity requirement, it read “I give God 10% why do you get 18?” The receipt was given to the waitress, marked without a tip, and signed “Pastor Alois Bell.” The pastor was stunned by the publicity from the viral receipt and has spoken out to the public. Here’s what you need to know about Pastor Alois Bell and the Applebee’s receipt.

1. Alois Bell is the Pastor Who Supposedly Stiffed an Applebee’s Waitress


Alois Bell has stepped forward as the pastor who left the Applebee’s waitress the snarky comment on the receipt. She preaches at Truth in the Word Deliverance Ministries in St. Louis. According to her biography, Bell “gave her life to Christ in 1997 while she was pregnant and homeless with her youngest son.”


Pastor Alois complained to Applebee’s upon discovering that her private receipt went viral on the Internet. Applebee’s took action.


Applebee’s fired the waitress after Bell complained to the restaurant. Applebee’s President Mike Archer said in a phone interview with CBS that his company stands by its workers but had no choice but to fire the waitress for violating the customer’s privacy rights and the company’s social media policy:

“The team member involved did not wait on the guest or party. Regrettably, and without the restaurant’s knowledge, she took it upon herself to take a guest’s receipt, with the name clearly visible, and posted it online with her own commentary. That is a clear violation of our guest’s privacy and against the franchisee’s company policy that the team Member was provided when hired,” the company’s statement read. 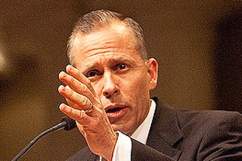 7. Pastor Bell Apologized for the Receipt

Alois Bell came forward to set the record straight about the receipt. She said in an interview that the comment on the receipt was a lapse in judgement and that she apologizes for that:

8. People Have Stopped Going to Pastor Bell’s Sermons
Bell said that she saw former chuch-goers post to their blogs that they don’t go to church because of the pastor’s actions and that they are leaving her e-mails calling her a hypocrite. Bell said:

I feel sorry for all the people who don’t want to come to church because of my actions.

9. The Waitress Did Get Her Tip, the Pastor Claims
Despite all this, the waitress still got her tip. According to Bell, the tip still came off of her credit card, and she said she even left an additional $6 on the table. The only proof we have of this is her word.

10. A Petition Has Sprung Up to Reinstate the Waitress
In response to the waitress’ getting fired, Andy Bearden started a petition on Change.org for Welch to be reinstated into her position at Applebee’s and for Bell to be fired from the Truth in the Word Deliverance ministry. So far, the petition has 3,078 signatures.

Loading more stories
wpDiscuz
7
0
Would love your thoughts, please comment.x
()
x
| Reply
She's the pastor who stiffed a waitress out of a tip because she already "gives God 10 percent." Here's what you need to know about Alois Bell.