Fox News anchor Megyn Kelly posted a message to her Twitter account on Thursday claiming that fellow news correspondent Rick Leventhal reports that officials have a picture of one of the Boston Marathon bombing suspects setting a backpack down next to one of the victims, 8-year-old Martin Richard. Check it out:

Fox’s @rickleventhal reports officials knew of Suspect #2 on Tue & have pic of him putting backpk down right nxt to 8-yr-old victim Martin.

We believe this may be the picture mentioned.

This is the photo Fox is circulating. Martin Richard was standing near the finish line cheering for his father, who was running in the race, on Monday when one of the bombs went off, killing him and two others. The FBI recently released video footage and still images of the suspects they believe are responsible for the attack. FBI Special Agent in Charge Richard DesLauriers said they initially had one suspect, but now have two. 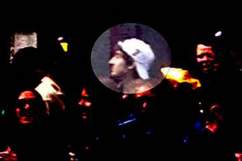 Read More
Boston, Boston Bombing Suspect, Boston Bombing Victims, Boston Marathon Bombing
wpDiscuz
0
0
Would love your thoughts, please comment.x
()
x
| Reply
Fox News Anchor Megyn Kelly tweeted that officials have a pic of one of the suspects putting a bag down next to the 8-year-old victim.