Boston mourns yet another tragedy after Officer Sean Collier became the fourth fatal victim of the Boston Marathon bombers.

Collier, an officer at the Massachusetts Institute of Technology, was found shot to death late Thursday in his vehicle on the campus in Cambridge. He was responding to a reported disturbance when it is believed the Boston Bombing suspects brutally executed him.

The Somerville, Massachusetts, native, described by his loved ones as a “a dedicated officer” with “a heart of gold,” will forever be remembered as another innocent victim of the terror wave that ravaged Boston this week. Here’s what you should know.

1. He Died of Multiple Gunshot Wounds

Collier encountered the bomb suspects just hours after their surveillance photos had been released by the FBI. The suspects allegedly shot him several times, including shots to the head, while he sat in his vehicle. Collier was rushed to an area hospital, where he was pronounced dead. The suspects then carjacked a Mercedes and fled to neighboring Watertown while tossing homemade bombs out the window to foil cops’ pursuit. In a wild, bomb-blasting shootout in Watertown, one suspect, Tamerlan Tsarnaev, died and another cop, transit officer Richard Donahue, suffered serious wounds. In a sad coincidence, Collier and Donahue were good friends from their academy days.

2. The Westboro Baptist Church Wants to Ruin His Funeral 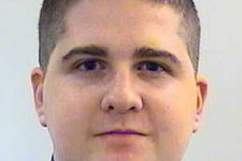 The Westboro Baptist Church, the hate group known for picketing the funerals of fallen soldiers and victims of tragedy, tweeted that it will be doing the same during Sean Collier’s service. The 40-odd members of this twisted sect promote their anti-Gay ideology by preying on the wounds of high-profile deaths, and the bigger the tragedy the better for them.


According to The Guardian, Sean looked at police work as a calling,” MIT police chief John DiFava said in a statement. “He was born to be a police officer.”

Collier graduated with honors from Salem State University in 2009, majoring in criminal justice. A post on the college’s Facebook page read that they “are deeply saddened” about his death.


Hendrick Motorsports confirmed to USA Today that one of its employees is the brother of Sean Collier.

Andrew Collier, 25, joined Hendrick in September 2008 and works as a machinist in the team’s engine department.

5. He Was Popular on the MIT Campus


According to MIT’s website, Collier was very much involved in the university’s community. He was also a member of the “Outdoors Club” at MIT, where he mastered the art of winter hiking.

“In a very short period of time, it was remarkable how engaged he was with students,” said MIT Police Chief John DiFava.

Loading more stories
wpDiscuz
0
0
Would love your thoughts, please comment.x
()
x
| Reply
Sean Collier was an MIT cop with a heart of gold before he became the fourth fatal victim of the Boston bombers.