A Pretoria magistrate agreed to postpone the murder trial of Oscar Pistorius until August to allow for further investigation after the athlete accused of deliberately killing his girlfriend, Reeva Steenkamp, appeared in a South African court on Tuesday, reports ABC News.

The double-amputee Olympian has said that he fatally shot his girlfriend last Valentine’s Day by accident after mistaking her for an intruder. During an appearance in court on Tuesday, the athlete’s lawyers asked for the trial to be postponed and Pretoria magistrate Daniel Thulare agreed. The case has been adjourned until August 19.

Pistorius will remain free on bail.

“We continue to have great faith in the South African legal justice system and believe that Oscar’s account of what happened on that terrible night in February will be borne out by the evidence that the defense team will lead in court,” the athlete’s family said in an statement yesterday.

While Pistorius claims he killed his girlfriend by mistake, prosecutors believe he shot Steenkamp after an argument. 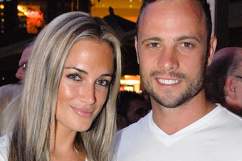