A Bull Mastiff, like the one pictured above, killed a 5-year-old boy in Arkansas on Sunday.

A 5-year-old boy who survived the Moore, Oklahoma, tornado was killed after a dog attacked him. Here’s what you need to know.

1. The Boy Was Killed by a Bull Mastiff

A 5-year-old boy was killed when a 150-pound dog attacked him in Arkansas, where he was staying with family fr… nbcnews.to/12gnIv6

The boy, whose name has not been released, was killed on Sunday after a 150-pound Bull Mastiff dog attacked him, reports CBS News 6:

“The child was putting on some shoes and was crying and upset,” Garland County Deputy Scott Hinojosa told KARK TV. “The dog possibly took that as being aggressive and at that time the child was attacked.”

The dog’s owner, Lynn Geiling, 50, tried to pry the dog off the boy, but it was too late. He was taken to Mercy Hospital in Hot Springs where he was treated for severe laceration to his head and neck. The boy did not survive.

2. He Was a Moore, Oklahoma, Tornado Survivor

This photo shows the damage done by a tornado in Moore, Oklahoma.

A massive tornado hit Moore, Oklahoma, last month, destroying everything in its path and killing 24 people. The boy’s family was working toward rebuilding their home after the tornado ripped their house apart.

3. The Boy Was Staying With Family Friends in Arkansas

The boy and his 2-year-old sister were staying with family friends in Jessieville, Arkansas, while their parents worked to rebuild their house.

“To me, it’s heartbreaking,” Hinojosa said. “I’ve got a 5-year-old daughter. You can’t imagine what this family and friends are going through right now.” 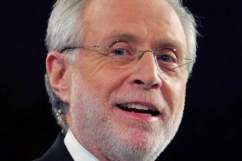 4. The Dog Was Shot Dead

After attacking the boy, the dog ran off and authorities searched for it on Sunday and Monday. The dog was found by a friend of the owner and was shot and killed.

5. Charges Have Not Been Filed

Authorities said that a decision has not been reached on whether or not charges will be filed against Geiling and her husband. 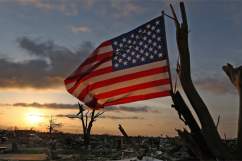 Remembering the 24 Victims Killed in the Moore Tornado

Loading more stories
wpDiscuz
0
0
Would love your thoughts, please comment.x
()
x
| Reply
A 5-year-old boy, and Moore, Oklahoma tornado survivor, was killed after a dog attacked and killed him.