Today the Rolling Stone prematurely published ‘Jahar’s World‘ on its website. The story, which was accompanied by the now infamous cover photo of Dzhokhar Tsarnaev, demonstrates the slow “jihadization” of the 20 year old, but also shows how economic and familial problems, as well as a quest for identity, drove Tsarnaev closer and closer toward unpredictable violence.

Here is what you need to know about the article:

1. It Makes a Three-Dimensional Person Out of a Media Villain

As stated by the story’s two world title, the journalistic narrative written by Jant Reitman gives an indepth perspective into “Jahar’s World”. Unlike the myriad of articles and reports which painted the 19-year-old as a monster, Reitman gives a complex character break-down of Jahar. Everything from his life in high school as a “normal” Cambridge kid who smoked pot and hung out with his “good kid friends” up until before he made committed the act that would change his life forever.

2. Friends Call Him the “Chillest” Guy

In this handout provided by the U.S. Department of Justice, a collection of fireworks that was found inside a backpack that belonged to Boston Marathon bombing suspect Dzhokhar Tsarnaev taken on an unspecified date and place. The backpack was recovered by law enforcement agents from a landfill in New Bedford, Massachusetts on April 26, 2013. His brother, Tamerlan Tsarnaev is believed to have bought fireworks from a New Hampshire store in February and authorities are trying to determine whether gunpowder from the fireworks were used in the bombs. Today authorities arrested three additional men in connection with the Boston Marathon bombings. Azamat Tazhayakov and Dias Kadyrbayev who are alleged to have tried to conceal and destroy evidence to help the Tsarnaev brothers after the attacks, came to America to study at the University of Massachusetts at Dartmouth, where Dzhokhar Tsarnaev was also enrolled. The third person taken into custody is Robel Phillipos a U.S. citizen who is charged with lying to federal agents. (Photo by DOJ via Getty Images)

It’s still difficult for Jahar’s friend to believe the “shy”,”tousle-haired boy” with the “gentle demoner” they new in highschool turned out to be one of America’s most wanted terrorist. In the article, his buddies describe him as “just a normal American kid…who liked soccer, hip-hop, girls; obsessed over The Walking Dead and Game of Thrones; and smoked a copious amount of weed.”

“He was just super chill,” one friend explained after telling the story of how Jahar packed eight or nine people into his Honda Civi during New Years Eve and got pulled over by the cops, “he was the calm, collected kid who always knew how to talk to police.”

Jahar love of weed spun into dealing when he got to college, where he sold pot to make money.

3. His Family Was Broken

Jahar’s family was plagued by financial problems, division and religious extremism. Upon struggling with deep financial and health problems Jahar’s father moved back to Russia. Not much later,his mother was arrested for attempting to shoplift 1,600 worth of clothes from Lord and Taylor and also moved to Russia to avoid prosecution. While his family structure crumbled, his brother Tamerlan became increasingly more religious and extremist. His sisters — whom he rarely spoke of — were set up in arranged marriages and also moved away.

Underneath it all, they were a screwed-up family,” [A family friend] says. “They weren’t Chechen” – they had not come from Chechnya, as she and others had – “and I don’t think the other families accepted them as Chechens. They could not define themselves or where they belonged. And poor Jahar was the silent survivor of all that dysfunction,” she says. “He never said a word. But inside, he was very hurt, his world was crushed by what was going on with his family. He just learned not to show it.”

Though it seems as if Jahar had found a mission, his embrace of Islam also may have been driven by something more basic: a need to belong. “Look, he was totally abandoned,” says Payack, who believes that the divorce of his parents and their subsequent move back to Russia was pivotal, as was the loss of the safety net he had at Rindge. 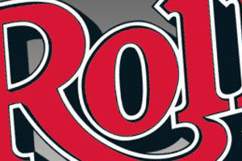 Jahar wasn’t particularly open with his opinions. In fact, many of his friends stated he would shut down whenever discussions of Islam or politics would brew. However, Jahar did begin to formulate stronger more controversial opinions. The most publicized of these opinions was found on his Twitter page in which he stated that 9/11 was an inside job. According to the article, his mother had also stated that 9/11 was the work of the United States government as a way to instill “hate” against Muslims.

In August, Jahar, acutely aware of the troubles all around him, commented that $15 billion was spent on the Summer Olympics. “Imagine if that money was used to feed those in need all over the world,” he wrote. “The value of human life ain’t shit nowadays that’s #tragic.” In the fall, he returned to North Dartmouth and college, where, with no Tamerlan to catch him, he picked up his life, partying in his dorm and letting his schoolwork slide.

“Idk why it’s hard for many of you to accept that 9/11 was an inside job, I mean I guess fuck the facts y’all are some real #patriots #gethip,” Jahar tweeted

At first, Jahar’s Twitter were of a typical teen. Jokes, complaints about his roommates, some idle rap lyrics accompanied with the occasional ‘deep’ thought. As stated in the article, Jahar began following Islamic Twitter account and tweeting increasingly revealing statements as the day of the bombing approached.

“People come into your life to help you, hurt you, love you and leave you and that shapes your character and the person you were meant to be,” Jahar tweeted on March 18th. Two days later: “Evil triumphs when good men do nothing.”

April 7th: “If you have the knowledge and the inspiration all that’s left is to take action.”

April 11th: “Most of you are conditioned by the media.”

6. He Idolized His Increasingly-Radical Brother

Dzhokhar apparently loved his older brother and the two lived together in Cambridge, along with Tamerlan’s wife, after both of their parents moved back to Dagestan. Although the article says that Dzhokhar started off a little embarrassed of his brother’s increasingly strict Islamic practices, he was quickly influenced by his brother downloading, posting, and tweeting more and more content relating to violent Jihad and fundamental Islam.

Jahar idolized his older brother, Tamerlan – all the children appeared to – and as a child, he followed his brother’s example and learned to box….The boys’ uncle Ruslan hoped that Jahar, away at school, would avoid Tamerlan’s influence. Instead, Jahar began to echo his older brother’s religious fervor. The Prophet Muhammad, he noted on Twitter, was now his role model. “For me to know that I am FREE from HYPOCRISY is more dear to me than the weight of the ENTIRE world in GOLD,” he posted, quoting an early Islamic scholar. He began following Islamic Twitter accounts. “Never underestimate the rebel with a cause,” he declared.

7. He Texted His Friends After the Bombing

The article quotes many acquaintances of Dzhokhar who, at first, thought the resemblance between the photos of the suspected bomber and their friend Jahar was just a coincidence. On anecdote, quoted below, tells of a friend who texted Tsarnaev to tell him about the resemblance. He responded with a quick “lol,” and told his friends they could help themselves to the (now-abandoned) belongings in his dorm room.

One of the bombers, he said, looked like Jahar. Like most of their friends, Dias thought it was a coincidence and texted Jahar that he looked like one of the suspects on television. “Lol,” Jahar wrote back, casually. He told his friend not to text him anymore. “I’m about to leave,” he wrote. “If you need something in my room, take it.” 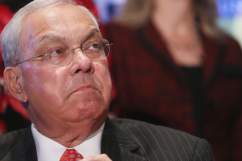 8. His Friends Tried to Protect Him

Once news stations started reporting that Tsarnaev was the bombing suspect, his friends started noticing the evidence. They gathered much it in a garbage bag and in an effort to protect their friend, threw it in a dumpster. The evidence was later recovered, but the friend who threw away the bag, and then lied about it for weeks, now faces jail time.

Then they spotted Jahar’s backpack, which the boys noticed had some fireworks inside, emptied of powder. Not sure what to do, they grabbed the bag as well as Jahar’s computer…Dias later confessed that he’d grabbed a big black trash bag, filled it with trash and stuffed the backpack and fireworks in there. Then he threw it in a dumpster; the bag was later retrieved from the municipal dump by the FBI. The computer, too, was eventually recovered. Until recently, its contents were unknown.

9. He Cried in the Hospital for 2 Days Straight

The Rolling Stone piece, written by Janet Reitman, mentions an article in the Boston Globe that interviewed all of the nurses who cared for Tsarnaev during his stay in a Boston hospital. Reitman talks about an unconfirmed rumor, that supposedly began with one of the nurses, that when Tsarnaev woke up in the hospital, he cried for two straight days.

One anecdote that wasn’t in the article but that has been quietly making its way around town, via one of his former nurses, is that Jahar cried for two days straight after he woke up in the hospital.

10. Rolling Stone Published it With an Explanation

After the massive controversy and backlash cased by the August 2013 cover of the Rolling Stone, the Rolling Stone published the article on their website and put the accompanying message from the editors above it:

Our hearts go out to the victims of the Boston Marathon bombing, and our thoughts are always with them and their families. The cover story we are publishing this week falls within the traditions of journalism and Rolling Stone’s long-standing commitment to serious and thoughtful coverage of the most important political and cultural issues of our day. The fact that Dzhokhar Tsarnaev is young, and in the same age group as many of our readers, makes it all the more important for us to examine the complexities of this issue and gain a more complete understanding of how a tragedy like this happens. –THE EDITORS 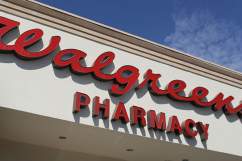 Loading more stories
wpDiscuz
1
0
Would love your thoughts, please comment.x
()
x
| Reply
It's the Rolling Stone feature that all of America is talking about...this is what you need to know.