As the opportunities for whistleblower Edward Snowden to be granted asylum in Latin America slimming, the 30-year-old NSA contractor turns his eyes toward Northern Europe. According to 21st Century Wire, the Icelandic Parliament will have to discuss today, the last day before the legislative summer break, the proposal to grant Edward Snowden Icelandic citizenship. The bill is being backed by three parties, Brighter Future, the Icelandic Pirate Party (Piran) and the Green Party. However, the group of three will have to get the bill passed the ruling moderate coalition. UPDATE 1:02 P.M.:Edward Snowden has been denied Icelandic citizenship when Parliament members refused to put the proposal on the agenda before the summer recess. 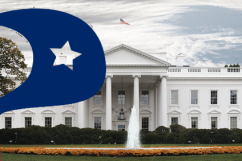 Iceland has said that Snowden will not receive any special treatment while being considered for asylum. 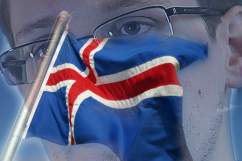 The same day the bill was introduced to the Icelandic Parliament, Norway’s foreign ministry spokesman Frode Andersen announced that they had received a faxed asylum request from Snowden.

This renewed focus on Scandinavian comes after Snowden’s efforts to gain asylum in Latin America have proved unfruitful. Snowden-supporting Ecuador denied asylum earlier this week, as did Brazil. Bolivia also entered the quagmire of U.S.-Snowden relations this week when Bolivian President Morales’ plane was forced to land in Austria under suspicion that Snowden could be on board.

Only time will tell where the man without a country will end up, but for now, we are fairly certain he is still held up in the Moscow airport where he has been for almost two weeks. 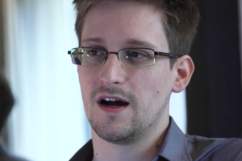