Maxwell Begley was diagnosed with autism when he was 20 months old. (Facebook)

An anonymous letter written to the grandmother of a severely autistic teenager that suggests him to be euthanized has sparked outrage and fear for the boy’s life, reports the Daily Mail.

Maxwell Begley, 13, is an autistic boy who spends his mornings in the summer with his grandmother Brenda Millson in Newcastle, Canada. Millson recently received a letter from a woman signed, “One pissed off mother,” who refers to Maxwell as a “nuisance” and a “problem” who makes “DREADFUL!” noise, and even goes as far as suggesting he be euthanized.

“He is a nuisance to everyone and will always be that way!!!!!” the woman writes. “Who the hell is going to care for him?????? No employer will hire him, no normal girl is going to marry/love him and you’re not going to live forever!! Personally, they should take whatever non body parts he possesses and donate it to science. What the hell else good is he to anyone!!!”

The entire letter was posted to Twitter by Youtube stars, Lennon and Maisy, who identify themselves as family friends.

A close family friend has an autistic boy and this was an anonymous letter slipped under her door. This is real. pic.twitter.com/VyRb2oqPrG

Millson said after she finished reading the letter she was crying and shaking. She shared the letter with CityNewsToronto, who reported the story.

“It made me sick to my stomach to think that somebody hated my son that much and they didn’t even know him,” said the boy’s mother, Karla Begley. “But they just hated him because he was different. That’s the only reason they had to hate him.”

A spokesperson with the Durham Region police says they are taking the matter seriously and investigating to see if any laws have been broken. Max was diagnosed with autism when he was 20 months old. He loves going to his grandmother’s house where they watch his favorite movie, Grease, together. In fact, he loves most things, even the attention that has come with the letter.

“He doesn’t know anything about the letter,” said his mother. “He loves the attention, he thinks he’s famous.”

Countless people in their community have come out to support the family since hearing about the awful letter. When it was heard that a television crew was coming on Sunday, 120 people showed up.

Begley says she hopes something good comes out of the letter hopes that the person responsible is found and charged.

“If they don’t like different people, they should move away and be a hermit, because life is full of unexpected stuff, and that’s what makes it interesting,” Begley said. “That’s what I say to my husband every day.” 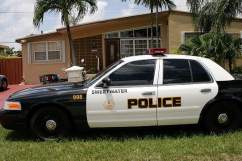 Loading more stories
wpDiscuz
0
0
Would love your thoughts, please comment.x
()
x
| Reply
The letter refers to Maxwell as a "nuisance" and a "problem" who makes "DREADFUL!" noise, and even goes as far as suggesting he be euthanized.