Abraham “Abe” Spear, a popular country music banjo player, has been sentenced to 17 years in prison in Dallas after he pleaded guilty to trying to coerce a seven-year-old girl and her nine-year-old sister to have sex with him, reports The Dallas News.

On September 20, 2012, Spear was arrested in a restaurant in Dallas where he was meeting an FBI agent, who was posing as the young girl’s mother. Spear, 30, will now spend 17 years in prison for his crime.

Here’s what you need to know about this sicko…

1. On the Night He Was Arrested, Spear Was Due to Play at Toby Keith’s Bar

Spear has been held in the custody of federal agents since that night in September 2012, when the Nashville based Spear was in Dallas to play at Keith’s I Love This Bar & Grill.

It’s understood that Spear responded to an online ad, using the moniker “MUSICMAN30” (he also used the name “Banjopaine” at other points) where the girl’s “mother” claimed to be “just a mom of curious gerlz.” Spear asked, in response to the ad, if the gils, 9 and 7, “needed a teacher while I’m down there.” All along Spear was dealing with an undercover FBI agent.

The correspondence continued with the agent sending Spear pictures of two girls and, according to court documents, Spear would ask what the girls were wearing that particular day. As the messaging continued, Spears messages got progressively more graphic, at one point he sent a pic of himself in his underwear.

On September 7 he texted that he’d been “hanging out with some friends” who had a 9-year-old. “I just wanted to see her in her panties,” he wrote. He said he’d be in Dallas on the 20th. He eventually sent a photo of himself wearing nothing but underwear. He asked to meet up, so he could admire the girls and “rub on their legs.”

The website that Spear used uses the slogan: “a moral free zone where anything legal stays.”

2. Spear Told Arresting Officers He “Wasn’t Going to do Anything”

At the arranged meeting, at Jason’s Deli in Dallas, Spear was met by a group of FBI agents. Using the “To Catch a Predator” defense, Spear claimed he “wasn’t going to do anything.” After some pressing, it’s reported that Spear admitted to everything and began sobbing. He confessed to offering the woman $200 to have sex with the two girls. He also admitted, during questioning “that he had engaged in sexually explicit communications with other mothers of minor girls.”

On September 6, Spear was sent away for 210 months by Chief U.S. District Judge Sidney A. Fitzwater after pleading guilty to his crimes. He could have been sentenced to life in prison. Spear had accepted a plea deal and admitted in court that he “has a problem.”

3. Spear Used His Facebook Page to Update His Fans on His Touring Schedule

The Twang Bangers have continued to play without Spear:

4.The Twang Bangers Say They Are Influenced by Gareth Brooks and Stone Temple Pilots

The band were formed in 2008 in Nashville, Tennessee. They claim to be “one of the top-drawing band in the Tri-Cities region.” The band’s sound describes itself as a “unique blend of alternative southern music.” Their influences are cited as Gareth Brooks, the Allman Brothers, Tom Petty and Stone Temple Pilots. One online bio from 2012 states:

After a five month absence from local venues, the band returns this summer with a new look, new songs and the same Twang.

This review of a Twang Bangers show describes Spear as a founding member of the band. 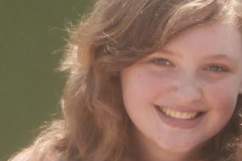 During the summer of 2010, Spear left the Twanger Bangers so that he could tour with Josh Thompson. Bangers vocalist Tyler McCoy said that Spear’s brief departure made the band get more serious:

When Abe was called to go to Nashville, I think that’s when we really realized we had some talent here. That’s when we got serious about it.

Spear rejoined the band by 2012 for one gig but did not rejoin the band. In 2010, Josh Thompson’s album Way Out Here made it into the Top 10 on the U.S. Country Music charts.

Read More
5 Fast Facts, Sicko
wpDiscuz
0
0
Would love your thoughts, please comment.x
()
x
| Reply
Country singer Abraham Spear has been sentenced to 17 years in prison after being stung by an undercover cop trying to have a sex with two underage girls.