In the interview, which airs tonight on “The Charlie Rose Show” on PBS, Assad also tells the world that Syria is “not the only player in this region.” Above is a clip of excerpts from the interview, broadcast this morning on CBS. 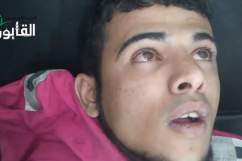 Assad, who remains remarkably calm throughout, accuses President Obama and Secretary of State John Kerry of not having any evidence that chemical attacks have taken place in Syria. The clip finishes, frighteningly, with Assad telling Rose that he “is not a fortune teller” and doesn’t know what the repercussions will be for any attacks on Syria.