1. Rod Made a Bizarre Announcement About His HIV on Twitter

Drumroll please!! I'm 32 years old and I'm HIV positive. Acute HIV, which means I recently was infected. For that I am blessed

Daily announced through his Twitter account that he has been diagnosed with HIV. His bizarre tweet comes off strange, but he is celebrating the fact that the virus was caught early and that it’s treatable. He continued explaining his situation through Twitter. He appears to be very optimistic.

I'm blessed for the fact that I caught it so early that I can blast that shit with meds.

With the tests I have done the doctors have figured out that I was infected within the last month.

My antibodies just showed up on a test this week which is scary because they didn't a week ago.

I felt bad for the guy who had to read me my first test result. His face turned to stone, I wanted to give him a hug and say it will be ok

Thank you everyone for all the support. It lifts me higher.

Daily has been linked romantically to Bay on the adult film industry website XBiz.com, according to the Daily Mail. Quuerty.com has reported that Kink.com chief executive Peter Acworth has said that “the strong indication is that Rod contracted it and transmitted it to Cameron Bay.” 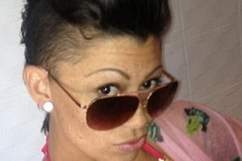 I would like to say thank you to all my fans, followers, and supporters over the last 8 years that I have been apart of this industry.

AHF’s opposition, The Free Speech Coalition, argues that industry-wide frequent testing, sharing of information, and moratoriums on production when infections are found has been effective in keeping the industry’s infection rate low, according to Daily News.