Now that Kenyan President Kenyatta has announced that the siege on the Westgate Mall in Nairobi, Kenya, is now over,this video has surfaced showing a hero policeman trying to save a woman and her two kids. Unfortunately, according to the ITN Productions video, however, their safety has not been confirmed. We can only hope for the best at this point, but given the police officer’s confidence, the chances seem like they’re pretty good.

The Kenya Mall Attack concluded after the four-day crisis was revealed through the Ministry of Interior and Coordination of National Government Twitter account and through a public address. So far, the government has confirmed 11 arrests, six dead security officers, dozens of critical injuries, and missing bodies under collapsed rubble from the roof and floors within the mall. See more info here. 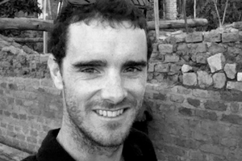 Loading more stories
wpDiscuz
0
0
Would love your thoughts, please comment.x
()
x
| Reply
They were so paralyzed with fear, he had to talk them out of moving and leaving the scene.