McDonald’s has announced it will end its 40-year relationship with the Heinz company, which supplied the fast food mega-chain’s ketchup and condiments for years.

The reason for this rift? Reuters is reporting that the decision comes after Bernardo Hees, former CEO of McDonald’s chief rival Burger King, was named the new CEO of Heinz.

As a result of recent management changes at Heinz, we have decided to transition our buisness to other suppliers over time. We have spoken to Heinz and plan to work together to ensure a smooth and orderly transition.

McDonald’s has almost 35,000 restaurants woldwide. There is no word yet on what ketchup supplier they will switch to, or what will come next in the long rivalry between the two burger corporations. 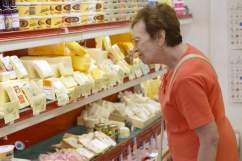