Makenzie Wethington, 16, of Joshua, Texas, performed a miracle when she survived a 3,500 fall after her parachute malfunctioned during her first skydive, reports The Joshua Star.

1. Her Pelvis Was Broken in Two

Wethington remains in intensive care with internal bleeding in her brain, lungs and livers. This in addition to broken vertebrae and a fractured pelvis. The trauma surgeon who operated on Makenzie, Dr. Jeffrey Bender, told The Star:

I don’t know the particulars o the accident as I wasn’t there. But if she truly fell 3,000 feet, I have no idea how she survived.

The teenager had traveled to Oklahoma to jump due to the state’s different regulations on skydiving. The jump was a present from her father for her 16th birthday. In Texas, most skydiving facilities don’t allow people under 18 to dive. But Pegasus, the facility in Oklahoma, allows people 16-and-up to dive after completing a course.

3. Hours After the Accident, She Awoke & Tried to Pull Out Her Breathing Tubes

She was unconscious after the accident when she was rushed to hospital, but just a few hours later she awoke suddenly. According to her mother, Makenzie tried to pull out her breathing tubes, her mother, Megan says:

The doctors had to restrain her after that, but it was a very good sign she had woken.

4. The Parachute Opened, But Not Completely

According to Robert Swainson, the owner of Pegasus, the parachute did open but not completely, reports The Associated Press. The jump that Makenzie was doing is known as a “static-line jump,” where the parachute opens automatically after the jumper leaps out of the plane. During the course, divers were taught what to do if the parachute malfunctions in anyway, he told the AP: “corrective action didn’t appear to have been taken.”

5. A ‘Makenzie Strong’ Campaign Was Launched

Her high school friends are rallying around Makenzie. At Joshua High School, where she is a sophomore. Over 300 T-shirts that bear the slogan “How strong are you? Makenzie strong” have already been sold. The shirts cost $10 with $5 going to Makenzie. A site has been set up for people to make contributions with anyone willing donate also able to do so at any Wells Fargo, using the account number #6210599301. 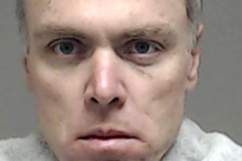 Loading more stories
wpDiscuz
0
0
Would love your thoughts, please comment.x
()
x
| Reply
Makenzie Wethington is the Texas teen who survived a 3,500-foot drop after her parachute didn't open during a skydive.