This morning on ‘Today,’ Woody Allen’s lawyer Elkan Abramowitz spoke about for the first time about the accusations that Allen sexually abused Dylan Farrow when she was 7 years old. The renewed attention to the 1993 case comes after New York Times columnist Nicholas Kristof published an open letter from the now 28-year-old Farrow going into detail about her alleged abuse by Allen.

In the interview, which you can watch above, Abramowitz called Dylan Farrow a “pawn” in a fight between her mother Mia Farrow and Allen, and that the memories of this abuse were implanted in her by her mother. 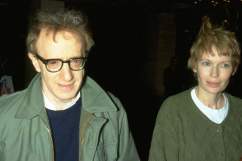