On Wednesday, March 19, Israeli Prime Minister Benjamin Netanyahu ordered the nation’s army to renew its preparations to attack Iran in 2014. The order, made in tandem with Defense Minister Moshe Ya’alon, is part of a yearly ritual that involves the setting aside of funds and resources in case they decide to attack that year. But the move is making sensational headlines against the backdrop of the West’s ongoing talks with Iran and the current tensions with Russia over the Ukraine occupation.

Here is what you need to know about Netanyahu’s order and the current situation:

1. Netanyahu Allocated Around $3 Billion to Prep for a Strike

According to Israeli newspaper Haaretz, Netanyahu and Ya’alon have set aside 10 billion shekels, or about $2.89 billion, for Israel’s preparations for a potential strike on Iran’s nuclear facilitates in the next year.

In 2011, Israeli’s GDP was just over $258 billion. According to Mother Jones, Israel has a yearly defense budget of around $16 billion, and 2013 United States contributed $3.1 billion to Israeli’s defense budget.

In 2012 and 2013, Israel maintained a status of readiness should it feel the need to attack Iran or its military and nuclear facilities.

This sense of readiness encountered problems in recent years when Israel became uncertain as to whether the United States would assist with an attack or if defense assistance money would dry up.

3. The West Is Currently in Talks With Iran

The five permanent members of the United Nations Security Counsel, and Germany, are in the middle of talks with Iran about scaling back their nuclear program in exchange for a lessening of sanctions. However, the talks have not been seen as being successful due to anti-Iranian sentiment in the Western world and the strong opposition of Israel.

The talks face further difficulties as tension mounts between Russia, the United States, and Europe, over the current situation in Ukraine.

4. Netanyahu Is Dedicated to Prevent Iran From Going Nuclear

Prime Minster Netanyahu said at the a conference earlier this month that, “I believe that letting Iran enrich uranium would open up the floodgates. That must not happen, and we will make sure it does not happen.”

Iran has reassured the West on a number of occasions that its nuclear program is for civilian use only, but these reassurances have not comforted Israel.

Talks between world powers and Iran resumed on Tuesday, March 18, in Vienna. In attendance were representatives of the United States, Russia, China, France, Great Britain, Germany, and Iran. It has yet to be determined whether Russia’s presence and ongoing hostilities in Ukraine will affect negotiations. 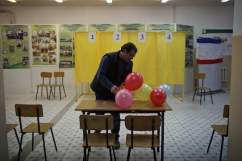 Read More
Breaking News, Iran, Israel, Military, Ukraine, War
wpDiscuz
0
0
Would love your thoughts, please comment.x
()
x
| Reply
Despite the West's ongoing talks with Iran, Israeli just set aside $3 billion to prepare for strike on its enemy's nuclear facilities in 2014. Will it happen this time?