The conspiracy theorist and activist is best remembered for his anti-oil activism and his campaigns against the military industrial complex.

1. He Reportedly Died of a Self Inflicted Gunshot Wound

According to the website Baller Status, Ruppert died of self-inflicted gunshot wound after his radio show today.

2. In January He Said He Wanted to Die

In a six-part series for Vice called “Apocalypse Man,” Ruppert discussed the causes he rallies against, and his disgust for the contemporary world. At the beginning of Part One, which you can hear above, Ruppert says, “I’m tired. I’m ready to die. Great, bring it on. I’m not afraid of death at all. That would be a big relief for me. That would be graduation. Gotta get out of this god forsaken sh*t hole.”

In the video above, you can listen to Ruppert give a lecture about the results of his own 9/11 investigation. Ruppert believes that Dick Cheney, Wall Street financiers, and the oil industry colluded to perpetrate the 9/11 attacks for the purpose of gaining oil and the propagation of an American empire.

In 2004, Ruppert wrote and published Crossing the Rubicon: The Decline of the American Empire at the End of the Age of Oil. The book looks at 9/11 through the lenses of “petroleum, geopolitics, narcotraffic, intelligence, and militarism.”

5. He Humiliated the CIA Director at a Town Hall Meeting

IN 1996, at town hall meeting in Los Angeles, Ruppert, a former narcotics officer, confronted the former director of the CIA John Deutch. Ruppert confronted Deutch, claiming he had specific evidence that implicated the CIA in drug-trafficking operations in Los Angeles. Above, you can watch the startled Deutch squirm under the pressure. Exactly one month later, Deutch left the CIA. 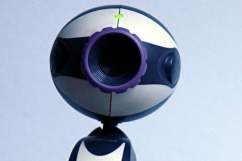