Don Cherry and Andrew Wiggins must get their suits made at the same location. #NBA #NBADraft2014 pic.twitter.com/qOdUrpyliv

The NY Daily News put it best when they said, “Wearing an outfit that required courage, Andrew Wiggins earned the title that was predicted since high school: No. 1 overall NBA draft pick.”

To commemorate the momentous occasion, Wiggins wore a memorable suit, and people voiced their reactions to the fashion choice on Twitter.

It even got its own Twitter handle, @WigginsSuit, which tweeted:

Wiggins just spilled a soda on me #NBAdraft

I love guys with swagger at the draft, especially looking at their suits. Anyone think Andrew Wiggins is going to be passive in the NBA now?

The suit was even compared to the one Steve Martin wore in the movie Three Amigos.

Andrew Wiggins (@22wiggins) suits up & chats with NBAE in his hotel room before heading to the @NBADraft pic.twitter.com/OI0rpnPsrO

Lord, he's wearing one of the 4 Tops suits #nbadraft RT @YaBoyFeva Looks like Andrew Wiggins is giving it a shot. pic.twitter.com/LqnFaZskqf 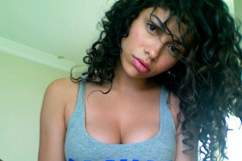