Fans of the Spanish national team have even more reason to be worried than they did after watching their team get demolished by the Netherlands Friday afternoon.

It’s bad enough that Spain lost its World Cup opener 5-1. Fans of the Spaniards then had to watch as Chile — also a contender in Group B — delivered a statement in a 3-1 win over Australia: The Chileans are good enough to emerge from the group and prevent Spain from advancing.

Here’s what you need to know about Chile’s win and its implications:

Alexis Sanchez and Co. ripped Australia to shreds early in the game, scoring two goals in two minutes, for the first time in World Cup history.

The Chileans were looking hot in the early going, hungry and fast. Australia couldn’t cope with Chile’s early running and enthusiasm. Spain must be scared to face Chile on June 18. If Spain brings the same lethargy to that game as it did to its game against Holland, the world champions will be going home early.

It’s difficult not to sound incredibly patronizing here but Australia earned huge amounts of credit in defeat. After going 2-0 down early, they didn’t lose their discipline and kept working hard. Eventually they got back into the game through Tim Cahill scoring the most Tim Cahill goal of all time. A header from a delayed run into the box after a Ivan Franjić cross.

Chile Took Its Foot Off the Gas

As the game wore on, Australia’s discipline and organization clearly frustrated the Chileans. It’s difficult not to call it negative tactics but Australia are playing the hand they were dealt. The frustration of Chile was personified by Arturo Vidal’s reaction to being substituted. The Juventus winger slammed the bench as he come off the pitch. A bad message to send out, something Spain should have been paying attention to. They got of jail too when Tim Cahill got a disallowed goal.

Chile’s Winning Goal Was Scored by a Wigan Player

Something else that might hold Chile back, lack of strength. Their third and final goal was scored by substitute Jean Beausejour, who plays for Wigan in England’s second league. The kind of teams Chile will go on to face, such as Spain, call on players from Barcelona and Chelsea from their benches, not Wigan. Players work to systems in international soccer, but still Jean Beausejour looks out of place at the greatest soccer tournament in the world.


Jorge Valdivia’s Goal Was a Thing of Beauty

A wonderful goal from the Palmeiras creative midfielder Jorge Valdivia. Despite being born in Venezuela, Valdivia looks pretty committed to the Chilean cause. 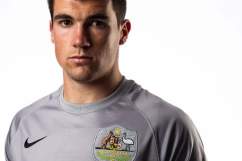