The Center for Science in the Public Interest has released their rankings for Xtreme Eating 2014, or the most unhealthy meals in America. The nine ‘winners’ are meals that are the highest in calorie, sodium, sugar, and fat, and they average about 2,000 calories per meal. Many of the meals had more calories than you’re supposed to eat in one whole day, and more sugar and fat than you’re supposed to eat in a few days.

The research group looks at menus of over 200 chain restaurants in America, and takes calories, fat, and sugar into account while they calculate rankings. The worst meal overall was from Red Robin, but Cheesecake Factory won as the most unhealthy chain, as it had three meals on the list of the top nine. To work off most of these meals, you’d have to walk for over 12 hours or swim for over 7 hours.

The Unhealthiest Meals in America, by Calories

The Stats
2,780 calories
93 grams of saturated fat (almost a full work week’s worth)
2,230 milligrams of sodium
24 teaspoons of sugar

6. Farfalle with Chicken and Roasted Garlic – The Cheesecake Factory 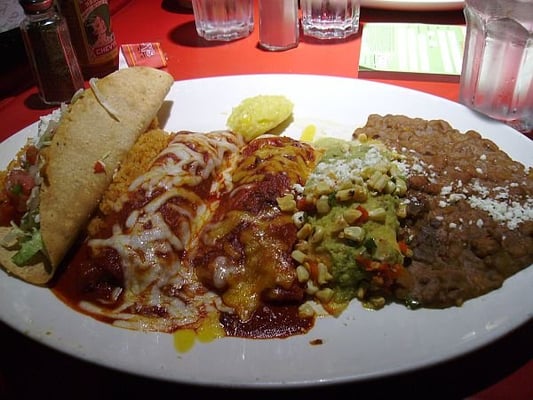 “Two enchiladas: one beef, one chicken, a Crispy or Soft Beef Taco, a hand-rolled Pork Tamale and a handcrafted Chile Relleno.”

The Stats
1,920 calories
grams of saturated fat
3,950 milligrams of sodium

The Stats
1,500 calories
43 grams of saturated fat
21 teaspoons of sugar 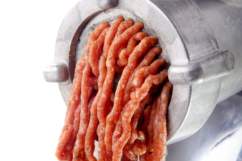 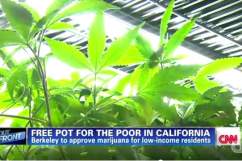 Free Pot for the Poor: Berkeley Believes in Marijuana Equality 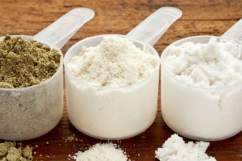