Stone fruits sold at Costco, Walmart and Trader Joe’s are now subject to a nationwide recall after the warehouse in which the fruits were packaged tested positive for Listeria.

Wawona Packing Co. in Cutler, Calif. issued a voluntary recall for stone fruits, including peaches, plums, nectarines and pluots, packaged at its facility between June 1 and July 12, CNN reports. The company also recalled baked goods made with their fruits, including cakes, pies and tarts.

Wawona Packing Co. President Brent Smittcamp said in a statement it is unclear how the fruit may have come into contact with the bacteria.

According to the Centers for Disease Control, 260 people, on average, die each year after being infected with the bacteria. Approximately 1600 illnesses occur each year. The groups at highest risk for infection include pregnant women, older adults and people with weakened immune systems.

2. Its Symptoms Include Fever, Muscle Aches and Nausea

Symptoms of listeriosis include fever, muscle aches and, in some cases, nausea and diarrhea. A diagnosis can be determined through a physical exam. Some patients may undergo a blood or spinal fluid test to confirm the diagnosis. An otherwise healthy person typically won’t need treatment, as the infection goes away on its own. However, pregnant women are often given antibiotics to prevent the infection from spreading to the baby, according to WebMD.com.

3. No Cases of Listeria Have Been Reported so far

Even though a recall has been issued, no confirmed cases of Listeria have been reported, according to NY1. In 2011, a Listeria outbreak traced back to cantaloupes grown in Colorado killed three-dozen Americans who ate the infected fruit. It was the deadliest food outbreak in the U.S. in nearly 100 years, according to CNN.

4. Trader Joe’s Is Offering Shoppers Full Refunds for Their Fruit

Details on the fruit recall underway this morning due to listeria contamination. pic.twitter.com/NwS3BDTjpq

In an update on its website, Trader Joe’s issued a full list of the recalled fruit and urged customers not to eat the fruit due to the possibility of contamination. The store offered a full refund for the purchased fruit as long as they were returned to a Trader Joe’s store.

5. Listeria Tests of the Warehouse Have Come Back Negative Since the Recall

According to a release from Wawona Packing Co., after a sample of the fruit packaged at the company’s warehouse tested positive for listeria, the company shut down, “the implicated packing lines, retrofitted equipment, sanitized the facility and retested.” The tests since then have come back negative for listeria. 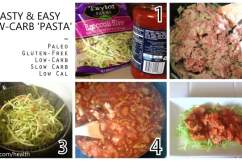 Read More
5 Fast Facts, Breaking News, Walmart
If you recently bought fruit at Trader Joe's, Costco or Walmart, there's a chance the fruit was contaminated with Listeria, a bacteria that can produce life-threatening symptoms.