American conductor Lorin Maazel, playing and conducting in the video above, died the morning of Sunday July, 13 in his Castleton, Va. home. He was 84.

Maazel created an opera based on George Orwell’s dystopian work, “1984” in 2005, which premiered at London’s Covent Garden in 2005. The opera’s overture, featured in the video above, shows the face of “Big Brother” the enigmatic overlord of the futuristic society, and the people who follow his every command.

2. He Was a Child Prodigy

Maazel took his first conducting lesson when he was seven, receiving instruction from celebrated conductor Vladimir Bakaleinikov. Maazel made his debut as a conductor when he was only eight. He guest conducted NBC’s Symphony Orchestra on the radio when he was 11. He began touring the United States when he was 12 to conduct major orchestras. He grew up in a musical household in Pittsburgh and attended the University of Pittsburgh for college.

3. He Ran and Directed Symphonies Around the World

Maazel directed and ran some of the world’s most famous symphonies. He began his career as music director at the Cleveland Orchestra, where he stayed from 1972 to 1982. He was the musical director of the Orchestre National de France in Paris from 1977 to 1991. He worked as the music director of the New York Philharmonic from 2001 to 2008. Over the length of his career, Maazel played in cities across America and Europe.

4. He Conducted the Music for Film Versions of Some of the World’s Most Famous Operas

Maazel conducted the music for the following three operatic films: Don Giovanni, Carmen and Otello. Don Giovanni was created by Mozart, Carmen by Georges Bizet and Otello by Giuseppe Verdi, who based the opera on William Shakespeare’s Othello.

5. He From Complications of Pneumonia

Maazel died as the result of complications from pneumonia. He is survived by seven children and four grandchildren. 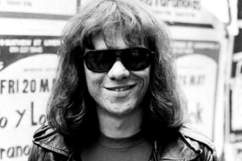