A Minnesota father of three fueled fears of a worldwide Ebola outbreak when he flew into Africa’s most populous city while infected with the deadly virus.

Patrick Sawyer, who was weeks away from returning home and potentially spreading the disease to America, is the first American killed in the current Ebola outbreak that is rocking West Africa. Sawyer, 40, was employed by the Liberian government as an economic consultant promoting development in West Africa. He died on Friday.

1. He Flew, Infected, Into a City of 21 Million People

Sawyer had just flown from his job with the Liberian finance ministry to sprawling mega-city of Lagos, Nigeria, when he collapsed in the airport on July 20.

According to Reuters, he was put in isolation at the First Consultants Hospital until he died on Friday, July 25.

His eventual diagnosis sparked fear that the illness could have been spread in the massive Nigerian city of 21 million people.

In the video above, you can hear Professor Sunday Omilabu discuss Sawyer’s condition, the contraction of the disease, and the risk it poses to Lagos.

2. His Wife Says He Could Have Spread Ebola to America

Minnesota’s Pioneer Press reports that Sawyer and his wife, Decontee, are Nigerian natives and American citizens who were married in Coon Rapids, Minnesota, in 2008.

According to Decontee Sawyer, her husband was planning trip back to the United States within the next month to visit their three children.

She told the Pioneer Press:

Patrick was coming here. What if he still wasn’t displaying symptoms yet and came? He could have brought Ebola here. Someone else could bring Ebola here.

3. He Got the Illness While Caring for His Sick Sister

Before leaving for the conference in Nigeria, Sawyer had been caring for his sick sister, who had an undiagnosed case of Ebola.

Ebola is a highly contagious disease that can be spread via contact with blood or bodily fluids, which can especially dangerous since the disease causes external and internal bleeding.

Reuters reports that Nigerian authorities are monitoring 59 people who may have come into contact with Sawyer during his trip. 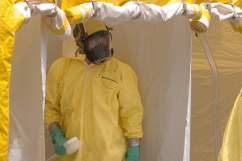 4. The Ebola Outbreak Has Killed More Than 600 People

Since the outbreak began in March, Ebola has killed more than 670 people in Guinea, Sierra Leone and Liberia, reports Fox.

Reuters reports that the disease currently has a 60 percent mortality rate but has been known to kill up to 90 percent of those infected. Common symptoms of the illness are vomiting, diarrhea and bleeding, both internal and external.

This week, the Associated Press confirmed that 33-year-old American doctor Kent Brantly had contracted the disease after treating Ebola patients in Liberia. In addition, American missionary Nancy Writebol has been infected while working for the same charity as Brantly.

After plans to evacuate him to Europe for treatment were rejected over contagion concerns, Brantly was placed in an isolation unit outside the capital of Liberia, where he is reportedly in grave condition. 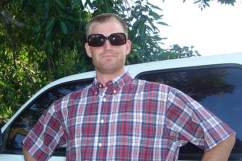 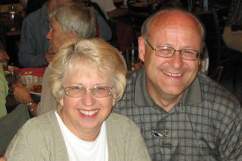 Loading more stories
wpDiscuz
5
0
Would love your thoughts, please comment.x
()
x
| Reply
This American man sparked a worldwide Ebola outbreak scare when he flew, infected, into Africa's largest city. He was just weeks away from bringing the virus to the U.S.