The mysterious cousin who Alex Rodriguez claimed supplied him with performance enhancing drugs was arrested by federal authorities Tuesday in a drug crackdown that also included the indictment of notorious steroid supplier Tony Bosch.

Yuri Sucart, whom A-Rod dragged into the public eye while admitting in 2009 to using banned substances, was among 10 people taken into custody.

1. He Was Taken Into Custody Tuesday as Part of Operation Strikeout

Sucart was cuffed by DEA officers Tuesday morning in Weston, Florida, and brought to the federal courthouse in Miami, ESPN’s T.J. Quinn tweeted.

The U.S. Attorney’s office in Florida later announced Sucart was accused of recruiting professional athletes into the doping ring run by Bosch at the Miami-based Biogenesis anti-aging clinic. The feds deemed the sting “Operating Strikeout.”

Sucart has long been connected to Bosch, whose cooperation with a Major League Baseball investigation led to Rodriguez’s being suspended for the entire 2014 season, possibly ending his once-glorious career.

2. A-Rod Claimed in 2009 That Sucart Had Administered a Banned Substance to Him

Sucart’s name first emerged during spring training in 2009, when A-Rod dragged him into a media firestorm by claiming during a news conference that Sucart had helped him experiment with a banned substance obtained in the Dominican Republic while he was playing for the Texas Rangers in 2001, 2002 and 2003.

The bizarre mea culpa from A-Rod came after Sports Illustrated revealed he had tested positive for a banned substance earlier in his career. (Watch the video of the news conference above.)

Rodriguez said at the time that he and Sucart were naive and didn’t realize the ramifications of what they were doing. He told reporters that he had been clean since joining the Yankees in 2004 — a claim since refuted by Bosch.

Sucart, once one of A-Rod’s closest associates, had such a severe falling out with his famous cousin that his lawyer told the New York Daily News last year that Sucart planned to sue the disgraced slugger for $5 million.

“I know there’s a lot of friction,” Sucart’s attorney, John Ruiz, told the paper. “I Know that (Sucart’s) name got caught in the crossfire of all the allegations involving all the performance-enhancing drugs. … I’ve been consulted about it. But obviously there’s an attorney/client relationship. I can’t divulge details.”

The Daily News also reported that Sucart had sold a replica of a 2009 Yankees World Series ring given to him by A-Rod to an auction website.

4. The Yankees Had Banned Sucart From Team Flights & Facilities

The Yankees banned Yuri Sucart from their clubhouses at Yankee Stadium and on the road. (Getty)

The Daily News and other media outlets reported that the Yankees grew so suspicious of Sucart and his influence on A-Rod that they banned him from the clubhouse and team facilities.

Major League Baseball launched an investigation in 2011 after the Daily News reported that Sucart had been spotted at the Yankees’ hotel in San Francisco and had accompanied A-Rod on road trips in 2010 and 2011.

CBS reports that Bosch has agreed to plead guilty in exchange for a lesser sever charge. He will be charged with conspiracy to distribute anabolic steroids.

ESPN says a new conference to report the developments will occur Tuesday afternoon in Miami. 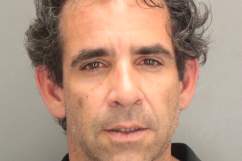