Lucius Robbi told his friends that he was camping in Idaho prior to orientation day at the University of Montana on August 20, he never showed up. The search for California-native Robbi is ongoing, with KPAX reporting that those involved in the search are concerned as “leads are running out.”

1. He Was Camping in Idaho When he Disappeared

Robbi was last heard from on August 19 when he told friends that he was camping in Idaho. Robbi was en route from Quincy, California, to enroll at the University of Montana on August 20. According to family members, they are unsure what route Robbi took to Idaho. They are asking anybody who is camping in Idaho to be on the lookout for Robbi.

All the leads have just kinda come to dead end and you know he’s out there and you know that’s the part that’s really, uh, unnerving. He’s usually in contact with the family and he’s really level headed and responsible, so yes it’s definitely not like him.

According to authorities, the public should be on the look out for Robbi’s Subaru station wagon with two orange kayaks on tops. JRN reports that Robbi had been in the Idaho area for most of the summer working. One co-worker told the station that Robbi was “very responsive, very enthusiastic and positive. He loved the outdoors and loved showing it to people.”

4. There Has Been a Possible Sighting of his Car

The Chevron station that Robbi’s car may have been seen driving by is located here along County Highway 17 in Garden Valley, Idaho. (Google Street View)

Rumors on the “Finding Lucius” Facebook page say that Robbi was last seen around County Highway 17 in Garden Valley, Idaho. JRN reports that there is a possibility that Lucius car was seen driving by a Garden Valley Chevron station at 2:23 p.m. on August 19.

According to his Facebook page, Robbi lives in Quincy, California, but is a native of Orleans, California. In his education section, Robbi says that he went to high school in Hendersonville, Tennessee. His Facebook page is filled with pictures of Robbi white water rafting. 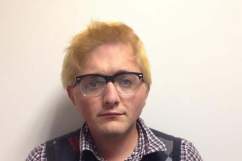 Loading more stories
wpDiscuz
1
0
Would love your thoughts, please comment.x
()
x
| Reply
Lucius Robbi told friends he was camping in Idaho on August 19 en route to orientation at the University of Montana. He never showed up.