Jax has been a fan favorite throughout the 14th season of American Idol and the judges have fallen in love with her. She’s a spirited teen from New Jersey, who has worked hard at being a performer for many years already. Her family has made sacrifices over the years for her to live her dreams and now her dreams have become theirs. Read on for all the facts on Jax, her family, her name, and why she’s set to win American Idol.

That moment when you realize your totally tubular jacket matches your super groovy piano. ??? #Totally80s

On Facebook, we’ve seen Jax called Jackie “Cole” and her parents’ names are John and Jill Miskanic. Therefore, Jax is Jackie Miskanic. However, like many artists, she likes to go by her stage name.

2. Her Father Is Her Hero

I'm only human And I crash and I break down.

John Miskanic is a retired FDNY firefighter and responder in the 9/11 attacks. He attained a lung ailment after he was injured on the job at the “rescue, turned recovery” site of 9/11. However, Miskanic says his injuries were a blessing because he was able to be by his daughter’s side throughout her life while she pursued music. He’s now her father as well as her manager. Miskanic told My Central Jersey:

I loved being a firefighter, loved it. But because of my situation, I was forced out. But, it enabled me to be part of her career. Every day, three times a week, she needed to go into the city. She had lessons, shows, auditions, recordings. If I were working, there would be no one able to do that. This was in the cards. With this lung ailment, I will be around to see her make it. Many of my brothers are not … Her music was a therapy for me.

Jax says that her family members are her best friends and that they’ve sacrificed so much to help her realize her dreams. It’s clear to see the bond she has with them, especially with her father.

3. She Graduated School At 15 Years Old

Jax was home-schooled and graduated high school at age 15 years old because her focus was music. Jax told American Idol:

Music is my number one priority. I’m married to my craft and my goal is to be a powerhouse in the music industry and an inspiration for all creative women. It is my escape, my heart, and there is no “Plan B.”

4. Many Thought the “X” On Her Face Was a Tattoo

From the moment we all saw Jax on Idol, we saw the adorable little “x” she has under her eye. For a while, many believed it to be a tattoo, but it isn’t. Jax does have a tattoo though and it’s of song lyrics. From the song “Bridge Over Troubled Water”, Jax has the lyrics “Sail on silver girl …” tattooed on her neck. It’s a song that her father introduced to her as a child and she absolutely loves it.

5. She Knew Her Identity From Day 1 In Her Audition

Idol Auditions: Jax – New York City – AMERICAN IDOL XIVHer Lil’ Wayne face tattoo and backwards cap did not suggest a slowed-down performance of The Beatles’ “I Want to Hold Your Hand”, but that’s what you want out of this thing — surprise. We think Jax brought it in the best way. Watch full episodes on http://idol.ly/XIVFullEps Subscribe now for more American Idol clips:…2015-01-16T04:37:55.000Z

One thing that draws fans, as well as the judges, to Jax is that she has her own identity. From day one during the Idol auditions, Jax showed that she had a point of view. She has a fun, flirty style and a soft, raspy tone to her voice that makes viewers fall in love with her. For a teenager to have such a confidence about herself without coming across as arrogant, it is truly a feat. Have a look at her very first audition on American Idol as the girl we went on this incredible journey with this season. 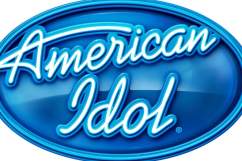 Read More
American Idol, Reality TV, TV
Jax is the contestant to beat on American Idol 2015. Read on for the details on her real name, her family and more.