A 30-year-old Texas father was killed when he launched a firework off his chest on Tuesday while hanging out with friends at a popular fishing hole.

Justin Bartek was pronounced dead after he was taken to a local hospital, the Colorado County Sheriff’s Office told KPRC-TV. He leaves behind a longtime girlfriend and his 3-year-old son.

1. The Medieval Knight Firework Caused Critical Injuries After He Launched It

Bartek suffered critical injuries after launching the mortar-tube style firework, called a Medieval Knight, off his chest, witnesses told KTRK-TV. The accident happened at about 1:30 a.m. at the fishing spot called the Dollar Hole.

2. He Was a Well-Known Postal Worker in Small-Town Columbus

Bartek with his son, Braxton. (GoFundMe)

Bartek was a postal worker in the small town of Columbus, Texas, and had been working there for several years, the Colorado County Citizen reported.

“You don’t see that smiling face coming at you and just waving and just giving you a nice little pep in your day,” a friend, Erica Jackson, told KTRK. “I was driving by to go to the post office and I saw a postal truck, and just out of habit is to go wave and it wasn’t him.”

His mother told KTRK that Bartek grew up in Katy, Texas, before moving to Columbus.

3. His Brother Was Injured in a July Fourth Accident

According to KTRK, Bartek’s parents were returning home to Texas from Colorado, where they had been tending to Bartek’s brother, who was injured in a Fourth of July accident.

The parents did not specify how their other son was injured, or if it was a fireworks accident.

4. A GoFundMe Page Has Been Set Up to Help His Girlfriend & Son

Friends have created a GoFundMe page to help support Bartek’s girlfriend of 10 years, Summer Jenkins, and their 3-year-old son, Braxton.

The creator of the page, Erika Jackson, said:

He was an outgoing young man who touched the lives of all who knew him.

We never want to imagine what it would be like to lose a loved one. But if we did, we would certainly want to make sure we were able to grieve with our families and not worry or think about anything else but the love of our families. Please continue to share and show your support to this beautiful family and the loss of their loved one.

5. His Death Came Days After a Maine Man Was Killed After Lighting a Firework on His Head

A 22-year-old Calais, Maine, man died on July Fourth after shooting a firework his family says he thought was a dud off his head. The explosion killed Devon Staples, a former Disney World character actor, instantly, police said.

Staples was drinking with friends at a party when the accident happened, at about 10 p.m. on Saturday.

“When he suggested he was going to do this, his friends gathered around him and they thought they had convinced him not to do it,” Maine Department of Public Safety spokesman Stephen McCausland told the Bangor Daily News. He said Staples set off the explosive before they could react.

“I was the first one who got there. There was no rushing him to the hospital. There was no Devon left when I got there,” his brother, Cody, told the New York Daily News. “It was a freak accident. … But Devon was not the kind of person who would do something stupid. He was the kind of person who would pretend to do something stupid to make people laugh.” 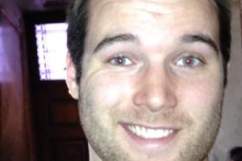 Loading more stories
wpDiscuz
9
0
Would love your thoughts, please comment.x
()
x
| Reply
Justin Bartek, a 30-year-old father and postal worker from Columbia, Texas, died after launching a firework off his chest while at a fishing hole with friends.