An investor gestures in front of screens showing share prices at a securities firm in Hangzhou, in eastern China’s Zhejiang province. (Getty)

The Chinese stock market dropped by 8.5 percent on Monday, the biggest drop in eight years, impacting marks around the world. In the United States, fears over the Chinese market hit caused the Dow Jones to tumble down more than 1,000 points, though it later recovered, before again dropping off toward the end of trading.

The swing in the Dow was one of the largest, points wise, in history. #BlackMonday was trending on Twitter for most of the day Monday as concern about worldwide markets rose.

China’s mainland securities can only rise or fall by 10 percent in a day before being suspended – nearly 73 percent of companies listed on the Shanghai Index fell by the limit – 800 of 1,100 companies.

The Shanghai Index closed the session 8.5 percent down.

2.The Dow Recovered, But Was Still Down More Than 600 Points

In the United States, the Dow Jones dropped more than 1,000 points (5 percent) in the first few minutes of trading and the Nasdaq dropped 200 points (4 percent). The Dow Jones recovered some of its early losses, and as of 10:30 a.m. Eastern, was down to a loss of about 1.8 percent.

Dow has traveled more than 4,100 points today; nearly 5B shares have traded on NYSE with $161B trading hands in NYSE-listed securities.

But the Dow dropped a second time in the late afternoon, and was again down more than 600 points as closing wound down for the day.

The words: "Dow Jones", "600 points" and "again" shouldn't all be used together to refer to one day's trading.

“Anybody with a pulse was nervous when the market opened. We’re still going to see significant price swings both up and down before the day ends today,” said Michael James, managing director of equity trading at Wedbush Securities in Los Angeles, told Reuters.

3. There Have Been Growing Fears About the Growth Rate of China’s Economy

Amid fears that the growth of its economy is slowing, the Chinese government is reported to have spent the last 90 days attempting to shore up the Chinese economy including:

– Changing trading rules on the Chinese stock market to limit short selling
– Changing trading rules to suspend trading in stocks with movement up or down of 10 percent or more in a day
– Providing credit to mainland Chinese investment houses to purchase stocks
– Limiting the amount of shares that investors can sell in companies that IPO within a 12 month period after they IPO
– Devaluing China’s currency – the Renminbi by 1.6 percent

China’s Government announced Monday morning that it would add its citizen’s life savings to the sand bags attempting to hold the flood of selling on the Shanghai Index by approving the country’s pension funds to invest in stocks for the first time. Chinese pension funds can now invest up to 30 percent of the $550 billion (3.5 trillion renminbi) under their guardianship into the Chinese stock market.

In addition, commentators postulate that the People’s Bank of China may reduce the ratio of deposits that Chinese banks are required to hold. The downside of this is China’s high local market credit risk could further erode these deposits, and in the long term Chinese banks may need support from their government, adding further pressure.

4. The Stock Market Volatility Raises Questions About Whether the Federal Reserve Will Increase Interest Rates

The US Federal Reserve building in Washington, DC. (Getty)

There are now serious questions about whether the Federal Reserve will have the flexibility to increase interest rates at their upcoming September meeting.

Possible results of the drop in the Shanghai Index are a global flight to “quality” assets in the United States, which will drive up the value of the US Dollar. This will make exports from China to the US cheaper, holding down US inflation. It will also result in the profits of US companies that export to foreign markets being depressed, which will have a further negative impact on US Stock markets.

USA Today says the volatility could be an excuse for the Fed to avoid an interest rate hike.

“If you continue to see significant (stock market) volatility and weakness leading up the the meeting, it becomes easy to have one more reason for delaying (a rate hike),” Jay Mueller, of Wells Capital Management, told the newspaper. He added, “and if there’s stability, the market doesn’t have to be a major factor.”

But, according to the Associated Press, a survey shows that most economists believe the Fed will increase rates in September.

“A large and growing majority of business economists expects the Federal Open Market Committee (FOMC) to raise its target for the federal funds rate before the end of 2015,” NABE President John Silvia, chief economist at Wells Fargo, said in a statement.

5. Apple’s Tim Cook Spoke Out About the Turbulent Market

An investor stands in front of a screen showing share prices at a securities firm in Hangzhou, in eastern China’s Zhejiang province. (Getty)

As fears spread, Apple’s Tim Cook took the rare step of commenting on the technology company’s financial health in the middle of a financial quarter. Cook, speaking to CNBC, said:

I get updates on our performance in China every day, including this morning, and I can tell you that we have continued to experience strong growth for our business in China through July and August. Growth in iPhone activations has actually accelerated over the past few weeks, and we have had the best performance of the year for the App Store in China during the last 2 weeks. Obviously I can’t predict the future, but our performance so far this quarter is reassuring. Additionally, I continue to believe that China represents an unprecedented opportunity over the long term. 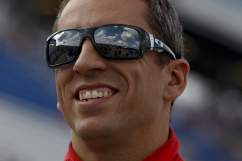