Student shot at Hornsby Elementary transported to hospital, other student in custody at this time. pic.twitter.com/DSyzWvE5Kj

A student has been shot by a fellow student at Hornsby Elementary School in Augusta, Georgia. The call for shots fired first came into police in Augusta at 10:45 a.m. on August 25. The school is located along Kentucky Avenue in the town.

1. An Elementary Student Is in Custody

The injured student has been rushed to a local hospital, while the suspect has been taken into custody, reports WJB’s Nicole Snyder. The student’s injuries have been described as “non life threatening,” by WRDW.

2. A Student Was Playing With the Gun When it Went Off

Student grazed by bullet in class @ Hornsby. School officials say another student was playing w/gun when it fired. pic.twitter.com/wQGWbNJs7K

The school is on lockdown with sheriff’s deputies calling the shooting “accidental.” WRDW’s Meredith Anderson reports that the two students involved are third graders and that the shooter was “playing with a gun.” WJBF reports that the student had the gun in his desk.

3. The Victim Is Female

This notice being given to parents at Hornsby School K-8. pic.twitter.com/z24KBClJk6

The wounded student is female, reports NBC 26. The Richmond County Sheriff Michael McDaniel said the names of the students will not be released until further notice. Parents wishing to pick up their kids at the school can do so at the Middle School area of the complex.

4. The School Is a Gun-Free Zone

Citizens of Richmond County, where Augusta is located, are permitted to conceal carry firearms with a permit, as per the local government website. Though schools are considered “gun free zones.” School board member Venus Cain told the August Chronicle It was a very sad day for students at Hornsby. Parents, please search your children’s book bags and rooms. If we’re responsible, we can prevent this from happening again.”

5. The School’s Principal Was Instrumental in Stopping a Torrent of Sex Abuse at a Nearby High School in 2001

According to the school’s website, the principal there is Tonethia F. Beasley. The school is has a 96 percent black student body. Back in 2001, Beasley was the assistant principal at Josey High School, when that school’s band director was accused of sexually assaulting female students. 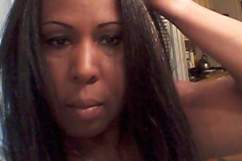 Loading more stories
wpDiscuz
4
0
Would love your thoughts, please comment.x
()
x
| Reply
A student has been shot by a fellow student at Hornsby Elementary School in Augusta, Georgia.