Ronda Rousey at the premiere of ‘Furious 7’ (Getty)

UFC champion Ronda Rousey is set to star as the lead character in an upcoming remake of Road House, playing a female version of the role made famous by Patrick Swayze in 1989.

Variety reports that Rousey is tied to the MGM project, which is still in the early stages. The production company is currently seeking screenwriters for the reboot.

1. Rousey Reached Out to Swayze’s Widow for Her Blessing Before Taking the Role

According to Variety, Rousey reached out to Patrick Swayze’s widow, Lisa Niemi, to ask for her blessing before she accepted the role. Niemi “gladly” gave it to her. 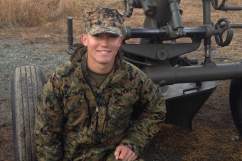 2. The Role Will be the Biggest in Rousey’s Acting Career

The Road House reboot will be the biggest role in Rousey’s fledgling acting career. She had a cameo role in Entourage, and also had roles in The Expendables 3 and Furious 7.

She is also set to co-star in Mile 22, alongside Mark Wahlberg.

PHOTOS: Ronda Rousey Through the Years

3. The Movie Became a Cult Classic After It Was Released in 1989

Swayze starred in the original movie as Dalton, a bouncer at a rowdy Missouri bar, who is brought in to clean it up. Dalton then feuds with a rich businessman and bully.

Production is scheduled to begin in 2016, Variety reports. There is no expected release date yet.

5. Rousey Is Set to Defend Her UFC Title in November

Rousey will also be continuing her UFC career, defending her Bantamweight title against Holly Holm at UFC 193 on November 14 in Melbourne, Australia. 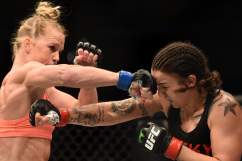