While some have work and some have school, not everyone does on Columbus Day. The malls may be open, along with various restaurants, but a few things won’t. There will be no mail delivery, all federal offices and courts will be closed and only certain banks will be open on Monday. Banks that will be closed include Capital One, BB&T, City National Bank, Santander Bank, Union Bank, Bank of America, Citibank, SunTrust, and HSBC, along with most credit unions. KeyBank will only be open at certain locations, so check your local bank. The banks that will be open include Chase, TD Bank, Wells Fargo, PNC, and Sun Bank, but you should call ahead to check their hours for the holiday and to make sure your bank location will be serving customers. Additional banks open for the holiday include American Chartered Bank, American National Bank, Fulton Bank, American Savings Bank, First Merchants Bank, Hancock Bank, Metro Bank, Northfield Bank, U.S. Bank, Valley National Bank, Union First Market Bank, Intrust Bank, Webster Bank, Whitney Bank, and ValueBank Texas.

According to The New York Times, the New York Stock Exchange, and Nasdaq NYSE Amex will remain open. Branches will re-open on Tuesday, October 13, 2015. Remember that if you deposit a check into an ATM on Columbus Day, it may take until the next business day to process. 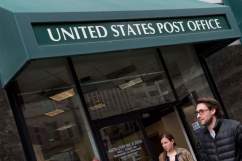 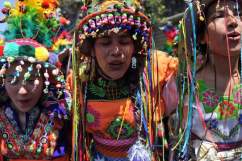 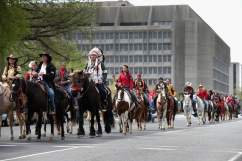 Native American Day 2015: Where Is It Celebrated?

Loading more stories
wpDiscuz
1
0
Would love your thoughts, please comment.x
()
x
| Reply
So, what banks are open and which are closed on the Columbus Day 2015 holiday? Check out all the information you need here.