Multiple people have been shot at the Hilltop Shopping Center on Reisterstown Road in Baltimore. Reports of the shooting came in at 3:20 p.m. on October 2. Police are searching for suspects in the attack.

1. One Person Has Been Killed

Justin Fenton with the Baltimore Sun tweeted that four men and one woman have been shot at the scene. He added that homicide cops are en route to the scene. There is a massive city police presence being felt in the area. CBS Baltimore reports that one person has been killed.

Reisterstown Road has been closed by police while the investigation goes on. In response to the shooting, students at nearby schools are being put on delayed release from school because police do not want kids to walk by the crime scene, reports Fox Baltimore’s Shelley Orman.

Police focusing attention in front of 7-11 Hearing reports of at least 4 shot pic.twitter.com/jWq8xB0x7H

3. The Neighborhood Is in the Northwest Section of Baltimore

The shopping center is located in the Woodmere neighborhood in the northwest section of Baltimore.

4. One Witness Said People Can’t Go Anywhere in Baltimore Without Thinking ‘About Getting Hurt’

The police investigation is being centered around a 7-11 in the complex. The store has a no hoodies policy inside the store. The mall is home to a Department of Motor Vehicles office. One person who was en route to the DMV told the Baltimore Sun’s Kevin Rector, that you can’t go anywhere in Baltimore “and not think about getting hurt.”

5. Maryland Is in a State of Emergency

The shooting comes as Maryland Governor Larry Hogan declares that the state is in a state of emergency due to Hurricane Joaquin. In addition, the Baltimore Orioles game against the Yankees on October 2 has been rescheduled for a double header on October 3, according to the Baltimore Sun. 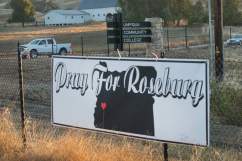