Austin Singletary, a third-year student at Ohio State, died during the student-led Mirror Lake jump tradition, which occurs before the Buckeyes’ annual rivalry game against the University of Michigan. (Ohio State University Office of Student Life)

The third-year student has been identified as Austin Singletary, of Dayton, Ohio, by the university.

Singletary, 22, was pulled from the lake in cardiac arrest at 12:20 a.m. Wednesday, the Columbus Dispatch reports. He immediately received treatment by paramedics, but later died.

“I know that the thoughts and prayers of all of us are with his family and loved ones. During this difficult time, counseling services will be made available throughout the holiday weekend for those who seek support,” university president Michael Drake said in a statement.

During the Mirror Lake jump, students leap into a man-made body of water on Ohio State’s Columbus campus on the Tuesday night before the Buckeyes’ football team plays its rivalry game against the University of Michigan.

1. Singletary Died of a Broken Neck, the Medical Examiner Says

Coroner Anahi Ortiz told the newspaper an autopsy revealed Singletary’s C-5 vertebra was fractured, which would cause paralysis of the arms, legs and diaphragm, causing death. She said the injury was likely caused by hitting something hard, like the bottom of the lake or a rock.

According to the Columbus Dispatch, he was in cardiac arrest when he was pulled from Mirror Lake.

2. The University Plans to Ban the Tradition After Singletary’s Death

“In spite of significant efforts taken to make this event a safer one, this tragedy has occurred. We must come together and acknowledge that while this is a student-led tradition that has been passed down through the years, we cannot risk another tragedy. University leadership strongly agrees that we will work with our campus community to end this annual event,” the university said in a statement.

We mourn the loss of one of our own Buckeyes today, but we cannot risk another life surrounding the Mirror Lake Jump pic.twitter.com/AgKrTZ836n

According to the Columbus Dispatch, the tradition dates to 1990, when students spontaneously jumped into the lake. The university tried to limit it two years ago with fencing around the lake. They also only allowed students with wristbands obtained before the event into the area, the Dispatch writes:

Students responded with a social-media campaign calling for an unofficial jump on Monday night instead of Tuesday night. Several thousand showed up, and when they began to knock down the fences, law-enforcement officers let them go ahead. But many more came for the pass-required jump on Tuesday; a similar pattern unfolded in 2014.

This year, OSU officials tweaked the plan by enlarging the fenced area and creating two entances instead of one, along with several one-way exits.

Singletary was a student in the university’s College of Education and Human Ecology, majoring in human nutrition. He was also pursuing a minor in business administration.

He graduated from Bellbrook High School in 2012.

4. He Worked at a Local Elementary School as Part of a University Program

Singletary was a site leader for Near East Side Health Sciences Programming at Eastgate Elementary School, as part of the Buckeye Civic Engagement Connection.

He assisted “elementary school students, by helping them academically and to address their own behavioral issues,” according to the program’s website.

5. His Brother & Ohio State Students Are Mourning the Loss of Singletary on Social Media

Singletary’s brother, Landon, paid tribute to him on Twitter:

My brother, Austin will be remembered as one of the coolest and nicest guys out there. He was my best friend.. I love you and miss you bro?

R.I.P Austin Singletary, I love you so much!!

Several Ohio State students and friends took to social media to mourn the loss of Singletary:

RIP Austin Singletary. You were the sweetest and I honestly couldn't have passed Gen Chem last year w/o you. Rest easy

RIP Austin Singletary …. Thoughts and prayers to his loved ones during this tragedy ?

My heart breaks for Austin Singletary and his family. Rest in peace, fellow buckeye. ❤️

Rest in Peace, Austin Singletary. Although I did not know you personally, my heart goes out to your family as a fellow Beau from Dayton. 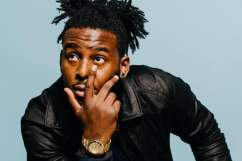