Kent State professor Julio Pino is being investigated by the FBI over alleged ties to ISIS. (Kent State University)

A controversial Kent State University professor is being investigated by the FBI over possible ties to ISIS, KentWired reports.

Julio Pino, a 55-year-old history professor at the Ohio university, is being investigated for allegedly recruiting students to join the Islamic State terrorist organization, the on-campus news site reports.

An FBI agent said they have interviewed several faculty members and more than 20 of Pino’s students, including the editor of KentWired, Emily Mills, who has reported on Pino’s previous controversial statements. Pino has previously made anti-Israel remarks and comments some have called “pro-terrorism.”

1. He Screamed ‘Death to Israel’ in 2011 During an Israeli Diplomat’s On-Campus Lecture

Julio Pino made headlines in 2011 when he screamed “death to Israel” during an on-campus lecture by an Israeli diplomat.

According to Inside Higher Ed, Pino made the remark during the question portion of the event, which featured Ishmael Khaldi, the former deputy consul general at the Israeli consulate in San Francisco. A Bedouin and Muslim, Khaldi often spoke about his experiences as an advocate for Israel.

Kent State’s president condemned the comment, but said it “may have been his right” to say it.

“It is my obligation, as the president of this university, to say that I find his words deplorable, and his behavior deeply troubling,” President Lester Lefton said in a 2011 statement.

Pino, who is Muslim, told Inside Higher Ed in 2011, “What I spoke was for the sake of the children of Palestine, and no other reason. The only politics I have are ‘There is no God but God, and Mohammed is His Messenger.'” He then quoted the Koran: “They try to put out the light of Allah with their mouths, but Allah will allow nothing but the perfection of that light, though the disbelievers dislike it.” 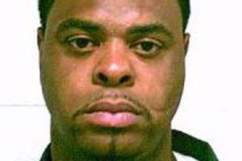 2. Pino Says He Has ‘Not Violated Any Laws’

Pino told KentWired on Tuesday, “I have not violated any laws that I’m aware of or that anyone has informed me of.”

He denied any link to ISIS.

You can watch the news site’s full interview with Pino above.

“I’m a citizen of the United States with all the rights & obligations that entails. I follow the law,” Pino said. “I ask others to respect my freedom of speech as I respect theirs.”

KentWired editor Emily Mills, who broke the story after she was interviewed by the FBI and received an on-the-record comment about the investigation, told NewsNet5, “I had written a couple articles about Professor Pino a couple semesters ago so they just wanted to see what we had talked about in those interviews … to get more information on him.”

Pino later told the Akron Beacon-Journal, “I’ve never broken the law. I support no violence or violent organizations. One man or one woman’s interpretation of events can be very different from another’s. As they say, ‘Haters gonna hate.’ Truth always prevails, and truth will prevail in this case.”

3. He Has Been a History Professor at Kent State Since 1992

Pino has taught history at Kent State University since 1992, according to his biography on the university’s website.

He previously taught at Bowdoin College in Maine and UCLA. He completed his undergraduate, graduate and doctoral studies at UCLA. He is a Fulbright Scholar.

Pino converted to Islam in 2000 after reading The Qur’ran on a plane ride, he says.

“All religions claim they are more than just a religion but a complete way of life, but only in Islam is this vow fulfilled,” he wrote.

Dr. Pino’s writings on Third World shantytowns have been published and cited in critical reference works such as Africana: The Encyclopedia of the African and African American Experience (DuBois Center: Harvard University) and The Encyclopedia of Third World Poverty. His books and articles are regularly taught in courses, from women’s studies to urban history, at leading universities in the United States, Europe and Latin America.

4. He Wrote a Tribute to a Palestinian Suicide Bomber in the Kent State Newspaper

In addition to his “death to Israel” incident, Pino’s writing and beliefs have caused controversy in the past.

He wrote a guest column in the Kent State campus newspaper in 2002, praising Ayat al-Akhras, a teenage Palestinian suicide bomber who had kiled two people in Jerusalem a month earlier, according to the Jerusalem Post. The tribute column was called “Singing Out Prayer for a Youth Martyr” and he wrote the teen “died a martyr’s death in occupied Jerusalem, Palestine.”

He also wrote for the now-defunct website Global War, which called itself a “jihadist news service.”

Pino was investigated by the Secret Service in 2009 after he wrote the White House would “need more body bags” in an email to other professors.

In a 2014 open letter to “academic friends of Israel,” Pino wrote:

I hold you directly responsible for the murder of over 1,400 Palestinian children, women and elderly civilians over the past month. This is not symbolic or even legally justified homicide on your part but actual, cold-blooded, calculated killing, for which you are culpable. Your names are scrawled on every bullet fired, bomb dropped, body buried and burnt forehead in Gaza.

I curse you more than the Israelis, for while The Chosen drain the blood of innocents without apologies you hide behind the mask of academic objectivity, nobility of research and the reward of teaching to foreign youth—-in a segregated university, of course. Lest you think this is a personal attack I swear it applies equally to all who engage in collaboration with fascism, and we both know the fate of collaborators. In the same manner, only with more zeal, than you have sworn to the Jewish State I pledge to you, and every friend and stooge of Zionism.

Pino closed the letter by saying “Jihad until victory!”

5. Kent State Is Cooperating in the Investigation & Says There’s No Threat to the Campus

A Kent State University spokesman told KentWired the university is fully cooperating with the FBI.

“As this is an ongoing investigation, we will have no further comment,” Eric Mansfield said. “The FBI has assured Kent State that there is no threat to campus.”

Mansfield would not say if Pino will continue to teach at the university. According to KentWired, he is teaching two classes this semester, the History of Cuba and Central America and a senior seminar.

Loading more stories
wpDiscuz
22
0
Would love your thoughts, please comment.x
()
x
| Reply
A controversial Kent State University professor who once screamed "Death to Israel" on campus is being investigated by the FBI for possible ties to ISIS.