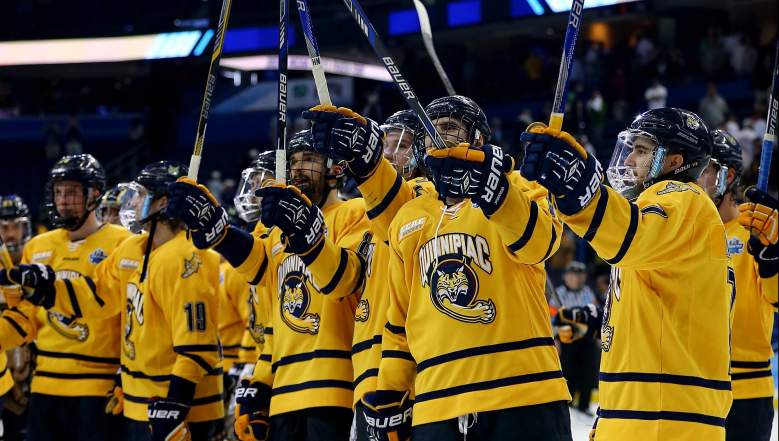 The 2016 NCAA Hockey championship features Quinnipiac University taking on the University of North Dakota in the final Saturday night at 8 p.m. Eastern on ESPN2. The small private university from Hamden, Connecticut entered the tournament as a top seed and beat RIT, UMass-Lowell, and Boston College on their way to the final.

Quinnipiac was founded in 1929 as Quinnipiac College, expanding to university status in 2000. The school is ranked 11th among the Northeast’s regional universities in the 2016 edition of the U.S. News and World Report Best Colleges rankings, along with top-25 rankings for its programs in occupational therapy (22), physician assistant (5), and online graduate programs other than business (14), as well as ranking ninth among the Best Colleges for Veterans. The university is home to the Quinnipiac Polling Institute, one of the most trusted names in opinion research. The Quinnipiac poll holds a B+ rating from FiveThirtyEight, the gold standard among election and polling analysts.

The hockey program has also had major success. This is the fourth straight NCAA tournament for the Bobcats, and their second Frozen Four in four years. The 2013 Bobcats, who lost to Yale 4-0 in the championship game, were the subject of the book Hockey Haven by Chip Malafronte of the New Haven Register (New Haven, site of Yale University, is just eight miles from the Quinnipiac campus).

With a population just under 60,000, Hamden placed 33rd on CNN Money’s 2008 list of America’s best small cities. CNN praised its “New England charm” and its small business incentives, but criticized a “dated” zoning code. Playwright and three-time Pulitzer Prize winner Thornton Wilder lived in Hamden and is buried there. 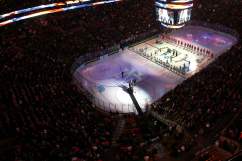 Frozen Four 2016 Live Stream: How to Watch Online for Free