Independence Day: Resurgence | Official Trailer [HD] | 20th Century FOXWe always knew they were coming back. After INDEPENDENCE DAY redefined the event movie genre, the next epic chapter delivers global spectacle on an unimaginable scale. Using recovered alien technology, the nations of Earth have collaborated on an immense defense program to protect the planet. But nothing can prepare us for the aliens’ advanced and…2015-12-13T20:39:47.000Z

Independence Day: Resurgence is upon us. Will we be able to defeat the aliens once again, who have grown even stronger over the past 20 years? For those fans out there eager to see the film, they will be happy to know that a great number of the original cast members are in the movie. Now, just a heads up. We will feature a ton of quotes from the movie and DIRECTLY BELOW the quotes, there will be SPOILERS about who dies in the movie, what characters passed away since the first film, and the outcome of the film.

To recap, IF YOU DO NOT WANT TO KNOW WHO DIES IN THE MOVIE, IF EARTH PREVAILS, OR WHICH CHARACTERS DIED PRIOR TO THE SECOND FILM, STOP READING AFTER THE BELOW MOVIE QUOTES.

Now, let’s get on with the best quotes from the movie, listed below in order from the beginning of the movie up to the end.

Charlie Miller: It’s not like they all rejected me. I happen to have standards.

Dikembe Umbutu: They were hunting us so we had to learn how to hunt them.

Former President Whitmore: They’re coming back and this time we won’t be able to stop them.

Jake Morrison: Don’t worry. I haven’t crashed in … a couple days. But, that was intentional.

Charlie Miller: Are we dead?

Dr. Isaacs: We’re very excited you want to get back to work. Maybe we should get you some pants.

Jake Morrison: I’m not going up there to make friends.

Former President Whitmore: We all have to fight until our last breath and that is going to lead us to victory.

Former President Whitmore: Patty, there are a lot of reasons I should do this. You all have to pick up the pieces once it’s over. This is my part.

General Adams: Whatever happens, success or fail, we will face it together, together as one.

Former President Whitmore: It’s good to see you flying again. Your place is in the air.

Former President Whitmore: On behalf of the planet Earth, “Happy 4th of July.”

Dylan Hiller: Get ready for a close encounter, bitch.

Okay, now let’s get into which of your favorite characters returned to the second film, who didn’t make it and who made it out alive. STOP READING NOW IF YOU DON’T WANT TO KNOW. 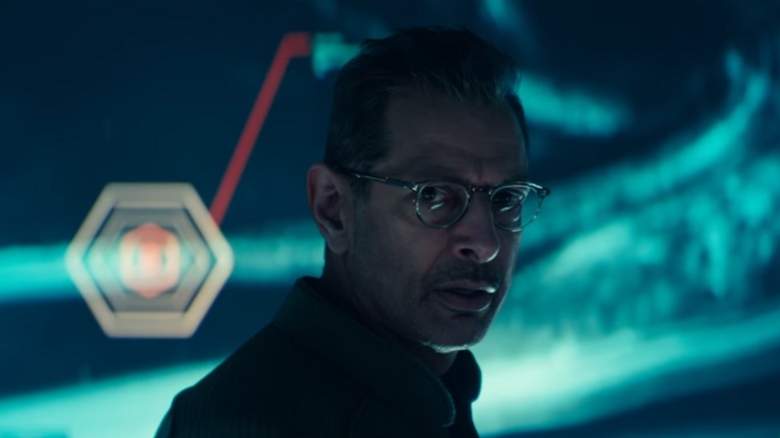 Let’s start with Will Smith’s character from the first film – Captain Steven Hiller. Sadly, Hiller doesn’t make it to the second film as he is killed during some kind of test flight some time between the last movie and this one. His son, Dylan, however, has followed in his father’s footsteps. Dylan’s mom Jasmine, who was Captain Hiller’s love in the first movie, returns, but she falls to her death during the alien attack, dying right in front of her son.

Other characters who have returned are, of course, Dr. David Levinson (played by Jeff Goldblum), his outspoken Jewish father Julius (played by Judd Hirsch), President Whitmore (played by Bill Pullman), General Grey (played by Robert Loggia), Dr. Isaacs (played by John Storey) and Dr. Brakish Okun (played by Brett Spiner). Here’s the rundown on what happens with each of them and their fates in the film:

David Levinson – For those of you who thought that Levinson would die saving the day, you were wrong. He does have a huge hand in saving Earth, but we’re happy to tell you that he lives.

Julius Levinson – There are several fake-outs when it comes to deaths in this movie and one is with Julius. We think he is dead when his boat is swept up in a massive tidal wave that’s brought on by an alien ship, but he is actually okay and ends up bringing some children to safety.

Former President Whitmore – Whitmore gets a big moment once again to deliver a moving speech about the strength of Earth. He spends part of the film being the crazy old man that nobody believes. Whitmore goes on and on about how the aliens will return, but no one believes him until it happens. He is able to step up to the plate and manually drives bombs into the mother ship to save the day. He dies thinking that he has killed the Queen alien and saved Earth. Unfortunately, this didn’t quite work and the planet was still in jeopardy.

General Grey – General Grey, who has aged quite a bit, has an extremely small cameo in the film as the current President Lanford is delivering a speech. Whitmore enters the stage to offer a warning and gives Grey a solemn nod.

Dr. Brakish Okun – In the first movie, Okum was being strangled by one of the aliens at Area 51, who delivered the message of “No Peace,” to the President. We learn that Okun actually lived and has been in a coma since the attack. When the aliens return, Okun awakens from his coma and is back to work. He brings the same excitement and delightful goofiness that he did in the first film.

Dr. Isaacs – Isaacs has been visiting his friend Okun for almost two decades as he’s been lying in a coma. He is Okun’s right-hand man and later we find out the two are actually a couple. When aliens shoot through the glass of an isolation chamber, we first believe that both Isaacs and Okun have been killed. Fortunately, Okun was okay, but Isaacs ended up dying in his arms. 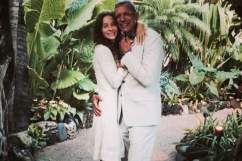 Read More
Celebrities, Movies
Independence Day Day: Resurgence is here. Read on for the best 2016 movie quotes from the cast as well as some film spoilers like who dies ...