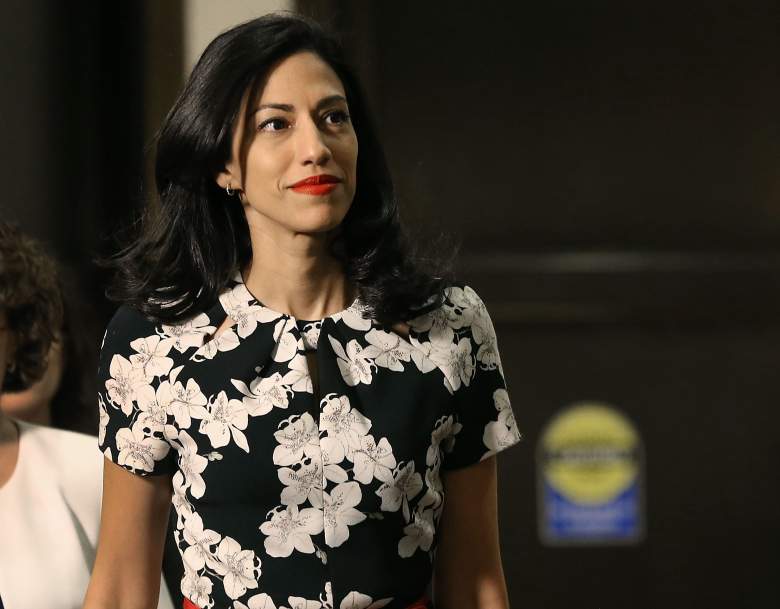 Huma Abedin, one of Hillary Clinton’s longest-serving aides, is the vice-chair of her presidential campaign. (Getty)

Huma, who has been described by Politico as Clinton’s “shadow,” is one of Clinton’s longest-serving aides. The 40-year-old worked her way up from a White House intern to Clinton’s right-hand woman.

Questions have recently been raised over Huma’s role with the Journal of Muslim Minority Affairs. Huma reportedly worked for the radical Muslim journal overseen by her mother, Saleha Mahmood Abedin, for 12 years. Here’s more information on Saleha and Huma’s ties to the journal.

1. Saleha Is the Editor-in-Chief of the Journal of Muslim Minority Affairs 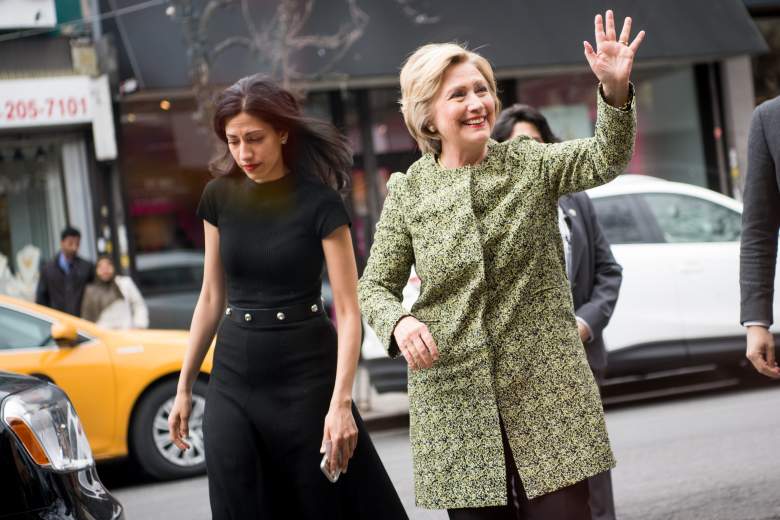 Huma Abedin is now based in Brooklyn as the vice-chair of Hillary Clinton’s 2016 presidential campaign. (Getty)

The Journal of Muslim Minority Affairs appears to have strong ties to the Abedin family as Huma’s mother, sister and brother were all listed as editors for the publication.

Saleha Mahmood Abedin remains editor-in-chief of the publication, according to the New York Post.

The Post reports that Huma worked as an assistant editor for the journal for a dozen years. According to the article, Huma’s name was on the masthead of the Journal of Muslim Minority Affairs from 1996 to 2008, which includes a span of time while she worked for Hillary Clinton.

However, Clinton spokesman Nick Merill told the Post that Huma did not hold en editing position at the journal.

“My understanding is that her name was simply listed on the masthead in that period,” he said, according to the Post. “She did not play a role in editing at the publication.”

2. According to the New York Post, Saleha Blamed the U.S. for the 9/11 Attacks

This photo was taken when Hillary Clinton served as U.S. Secretary of State. Huma Abedin assists Clinton with her speech notes shortly before taking the stage at a town hall question and answer session at the Pakistan National Council of Arts on July 19, 2010, in Islamabad. (Getty)

According to the Post, Huma was working for the journal in 2002 when her mother, Saleha Mahmood Abedin, published an article which blamed America for bringing the 9/11 terror attacks on itself.

The spiral of violence having continued unabated worldwide, and widely seen to be allowed to continue, was building up intense anger and hostility within the pressure cooker that was kept on a vigorous flame while the lid was weighted down with various kinds of injustices and sanctions. . . It was a time bomb that had to explode and explode it did on September 11, changing in its wake the life and times of the very community and the people it aimed to serve. 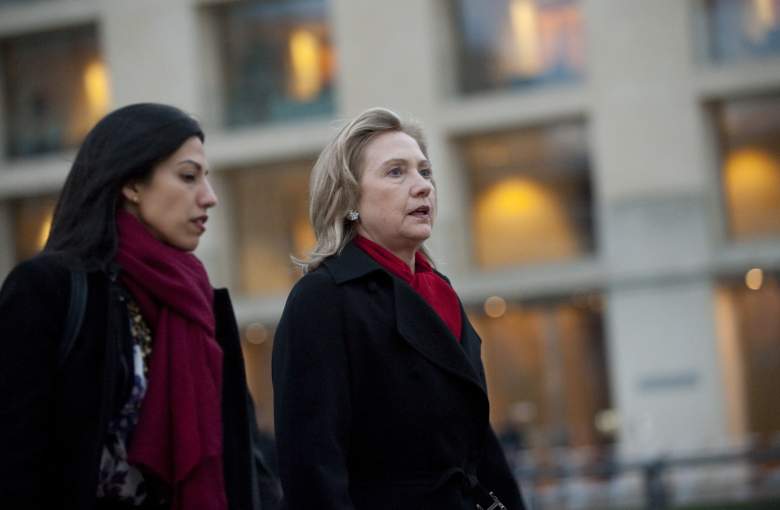 Huma Abedin began working for Hillary in 1996, when she was a 19-year-old intern. (Getty)

The New York Post points out that several articles published in the Saudi-based journal appear to contradict Clinton’s stance on women’s rights issues.

Clinton delivered her famous ‘Women’s rights are human rights’ speech at a UN women’s conference in Beijing in 1995, where Saleha was in attendance as the Muslim World League’s delegate. In 1996, an article published in the Journal of Muslim Minority Affairs entitled ‘Women’s Rights are Islamic Rights,’ appears to oppose Clinton’s speech. The article stated Clinton distributed a “very aggressive and radically feminist” agenda. Saleha wrote that the “empowerment” of women was not helping relations between men and women.

By placing women in the ‘care and protection’ of men and by making women responsible for those under her charge. Islamic values generate a sense of compassion in human and family relations. Among all systems of belief, Islam goes the farthest in restoring equality across gender. Acknowledging the very central role women play in procreation, child-raising and homemaking, Islam places the economic responsibility of supporting the family primarily on the male members.

Huma recently told Vogue that as she was growing up, her mother “was traveling around the world to these international women’s conferences, talking about women’s empowerment, and it was normal.”

4. Saleha Was Born in Pakistan 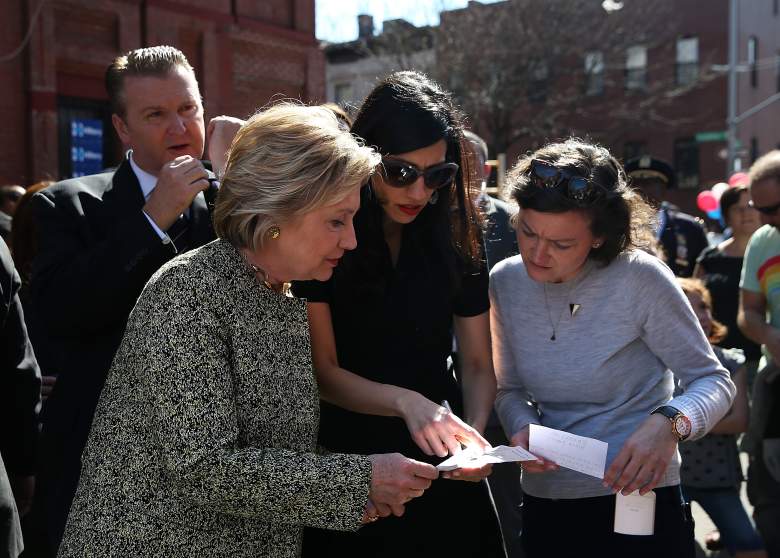 Hillary Clinton talks with aides Huma Abedin and Connolly Keigher before speaking at a neighborhood block party in Brooklyn. (Getty)

Her late father, Syed Zainul Abedin, was Indian. In the early 1970s, he was affiliated with the Muslim Students Association at Western Michigan University. Her mother, Saleha Mahmood Abedin, was born in Pakistan. Saleha received her Ph.D. in Sociology from the University of Pennsylvania in 1977.

Huma attended a British girls’ school before returning to the United States for college. According to Newsweek, her late father, Syed, helped start the Journal of Muslim Minority Affairs with a mission “devoted to the Muslim diaspora in non-Muslim lands.”

5. Her Daughter, Huma Began Her Political Career as a White House Intern

Hillary Clinton walks next to Huma Abedin after Clinton testified before the House Select Committee on Benghazi on Capitol Hill in Washington, DC, October 22, 2015. Clinton took the stand to defend her role in responding to deadly attacks on the US mission in Libya. (Getty)

Huma returned to the U.S. at 18 years old to study at George Washington University. She began working in the East Wing of the White House as an intern to the First Lady in 1996. Coincidentally, this was the same year that Monica Lewinsky began her duties as an intern in the West Wing.

When Clinton ran for the Senate in 2000, older White House aides moved on, and Huma moved up. She has spent the majority of the past two decades alongside Clinton.

Michael Feldman, a former adviser to Al Gore who has known Abedin for years told Politico:

At this point, Huma’s role is so important that they are now baking that into the process of the campaign. She provides the judgment, perspective and institutional memory that literally can’t be replicated. When you have someone who can be a surrogate not just externally, but internally, that saves a lot of time. It becomes a glue that holds things together.

Abedin recently explained to Vogue how her relationship with Clinton has evolved throughout the years.

“The nature of our relationship has changed,” Abedin said. “Over the years, we’ve shared stories about our lives, we’ve shared more meals than I can count, we’ve celebrated together, we’ve mourned together.”

Loading more stories
wpDiscuz
34
0
Would love your thoughts, please comment.x
()
x
| Reply
Questions have been raised over Huma Abedin's role with the Journal of Muslim Minority Affairs. Here's more about her mother, Saleha Mahmood Abedin who serves as editor-in-chief.