Andrew Scarborough, the 25-year-old son of MSNBC host Joe Scarborough, suffered a traumatic brain injury, which was why his father was not hosting Morning Joe Friday morning. Scarborough has said that his son was diagnosed with Asperger Syndrome. Andrew and Brianna Keller married in June.

Here is what we know so far about Andrews injury and his life. This is a breaking story and we will continue to update.

1. Mika Brzezinski Said Andrew Fractured His Skull After Falling Down a Flight of Stairs

At the start of Morning Joe on Friday, Brzezinski explained why Scarborough was not on the show.

“His son Andrew had a horrible accident. Head injury, fractured skull… He fell down a flight of stairs,” Brzezinski told viewers and the other Morning Joe panelists. She said that Andrew is “stabilized” and recovering at Bellevue Hospital.

“It’s touch and go, but we’re stabilized, and… It’s a long night. And prayers for them,” a visibly emotional Brzezinski said. “We want to thank the folks at Bellevue what an incredible place. I can tell you because I saw it myself — alright, we’ll get to the news.”

Scarborough wrote on Twitter that Andrew is doing “much better.”

Andrew doing much better after a frightening day and long night. Our family thanks all for keeping Andrew in your thoughts and prayers. The neurologist asked Andrew questions this morning and ended by asking him his favorite team. He said “The Red Sox, who’ve won 8 in a row.”

Our family is so grateful for all the prayers and kind words that have come our way for Andrew. We are optimistic and expecting the best. pic.twitter.com/bwqWcwnA86

On this Sunday morning, our family is so thankful for all of your prayers. Andrew is sitting up and doing better. We are hopeful.

.@JoeNBC thanks everybody for their help and prayers for his son, Andrew: 'Things are looking far better.' https://t.co/M3mqR5TIgn

2. Andrew Was Diagnosed With Asperger’s & Scarborough Once Theorized That There Was a Link Between Vaccines & Autism

Scarborough wrote in the caption for this photo: “Found this picture from the House floor of Andrew whispering advice to Dad on the opening day of the 105th Congress (January 1997). #TimeFlies” (Instagram/Joe Scarborough)

Scarborough told Robert F. Kennedy Jr. in 2005 that Andrew was diagnosed with Asperger’s. That interview was about the potential link between vaccines and Asperger’s. Scarborough said:

My son, born in 1991, has a slight form of autism called Asperger`s. When I was practicing law and also when I was in Congress, parents would constantly come to me and they would bring me videotapes of their children, and they were all around the age of my son or younger. So, something happened in 1989.

In July 2012, Scarborough was widely criticized for suggesting that Aurora, Colorado mass shooter James Holmes was “on the autism scale,” even though he didn’t have evidence to back that up. “It happens more often than not,” he said. Scarborough was called on to apologize and later issued a statement to Mediate, which referenced that his son has Aspergers. His statement read, in part:

The growing Autism epidemic is a tremendous burden for children, parents and loved ones to endure. My call for increased funding and awareness for Autism and other mental health conditions was meant to support the efforts of those who work every day to improve the lives of Americans impacted. Those suggesting that I was linking all violent behavior to Autism missed my larger point and overlooked the fact that I have a wonderful, loving son with Aspergers. Perhaps I could have made my point more eloquently.

I look forward to continuing my work with wonderful organizations like Autism Speaks to provide badly needed support to millions of Americans who struggle with Autism every day.

Andrew was also diagnosed with diabetes, as Scarborough revealed in a 2011 Politico op-ed. 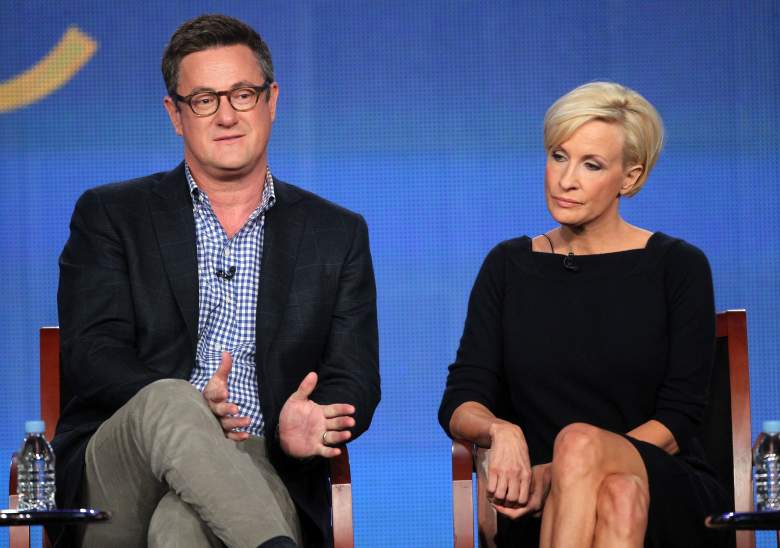 On June 3, 2016, Andrew and Brianna Keller tied the knot. Scarborough posted a picture of the wedding on Instagram. “Here comes the bride…and groom! Congratulations to Brianna and Andrew,” Scarborough wrote.

4. His Brother Joey Scarborough Works as a Journalist

Joey and Catherine happily ever after! What a wonderful weekend to celebrate for their families and friends. Thanks @nbclou for video! 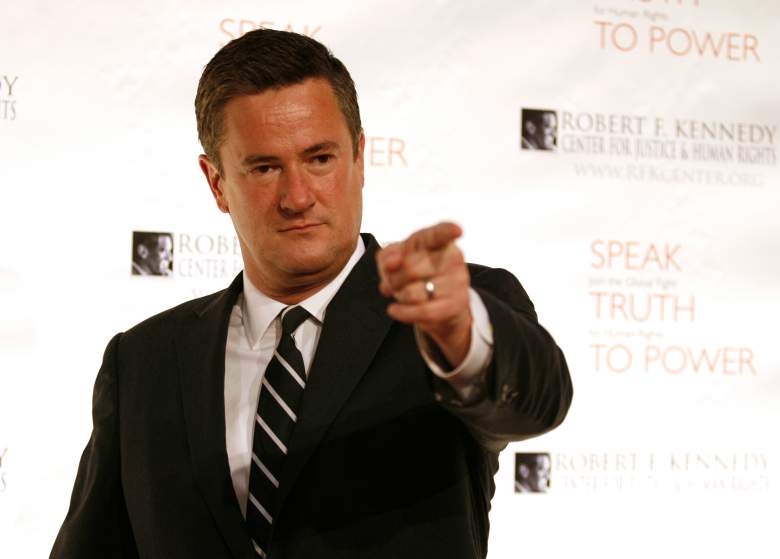 Andrew and Joey’s mother is Melanie Hinton, Scarborough’s first wife. They divorced in 1999.