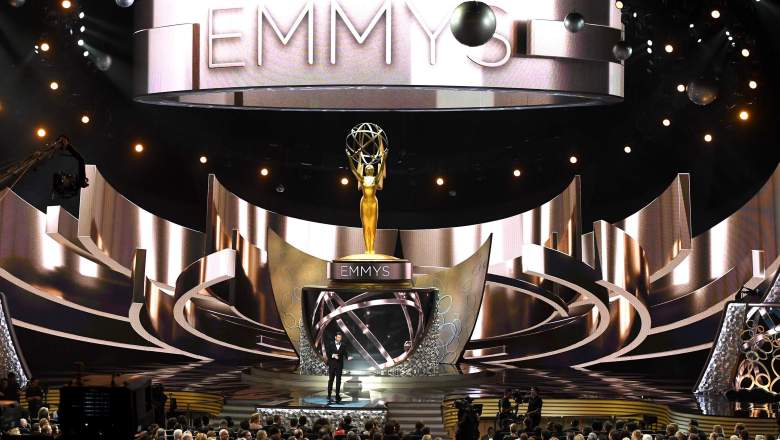 Tonight’s 68th annual Emmy Awards were as exciting as promised– chock-full of hysterical bits and emotional dedications. Tori Kelly sang Hallelujah during the evening’s In Memoriam segment, and People vs. OJ Simpson won for best limited series, joined by Game of Thrones for best drama series.

Read on for a list of the best moments and highlights from the 68th Annual Emmy Awards.

RIP. Remembering those lost over the past year in the #EMMYs 'In Memoriam.' pic.twitter.com/fU3zZOiwKV

Kerry Washington showed off her baby bump in a beautiful long black gown. She and her husband, Nnamdi Asomugha, welcomed their daughter in April 2014.

Julia Louis-Dreyfus won the Emmy for Outstanding Actress in a Comedy Series for Veep. She dedicated the win to her father, who passed away this past Friday.

5. Jimmy Passing Out Brown Bag Lunches to the Crowd

Jimmy Kimmel and the kids from Stranger Things passed out peanut butter and jelly sandwiches in brown bags to members of the Emmys audience. Kimmel said that the crowd was probably hungry, seeing as most of them hadn’t eaten since Labor Day.

In the night’s hysterical opening segment, Kimmel wound up in a limo driven by former GOP candidate Jeb Bush. After his performance, Bush went on Twitter and said, “Hey @jimmykimmel, I’m giving you 5 stars! How about a little something, you know, for the effort, you know?

7. Courtney B. Vance Dedicating His Win to Wife Angela Bassett

After winning the Emmy for his execution of Johnnie Cochran in the FX drama, The People VS. OJ Simpson, Vance gave a special shout-out to his wife, American Horror Story star Angela Bassett, screaming, “To the woman that rocks my chain!”

Tina Fey and Amy Poehler strolled onstage, each with one-half of an Emmy, and revealed all the people they wanted to “half-thank” for their help.

Jimmy Kimmel plays a hilarious Bill Cosby prank on the crowd, at the Emmys. Look at their faces. ?#Emmys pic.twitter.com/IYdxNQIwJM

Shortly after returning from a commercial break, the announcer introduced Bill Cosby as the next presenter. Everyone freaked out for a moment, then Kimmel then walked onstage and said, “Don’t worry. He’s not really here. I just wanted to see what you guys would do.”

Jimmy Kimmel plays a hilarious Bill Cosby prank on the crowd, at the Emmys. Look at their faces. ?#Emmys pic.twitter.com/IYdxNQIwJM

Amy Schumer received a note from Jimmy’s mom (in the brown paper bag with her PB&J) going on about how much she loved Amy… lo and behold she was talking about Amy Poehler, not Amy Schumer. 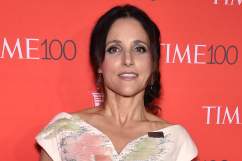 Read More
Emmys
wpDiscuz
2
0
Would love your thoughts, please comment.x
()
x
| Reply
Get your top 10 highlights and best moments from the 2016 Emmys.