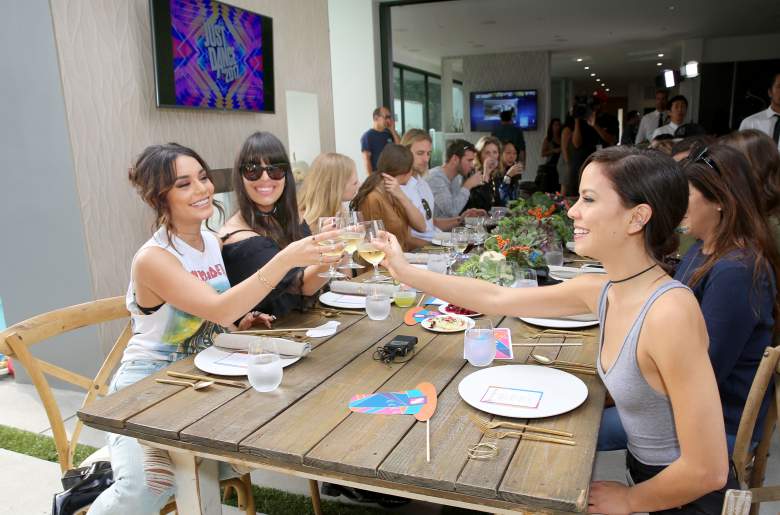 Friendsgiving is a traditional meal that people have with friends around the time of their regular Thanksgiving.

On the actual Thanksgiving Day date, people tend to be with family so it can be hard for friends to get together. Enter: Friendsgiving.

The concept has gained popularity, and there’s no need to stick to traditional Thanksgiving food staples for it. After all, you may have already eaten the green bean casserole and cranberries with grandma (or other family). However, you could have Thanksgiving staples.

Think of Friendsgiving as a second Thanksgiving with friends, without all the rules. However, a lot of people still cook turkey for it (but it’s not necessary).

1. The Date for Friendsgiving is Flexible

Scheduling Friendsgiving for the same month as Thanksgiving but before it can be the best idea. That’s because people should still be in town, and they won’t be sick of the Thanksgiving concept and all that food yet.

Friendsgiving is a thing with millennials. Kylie Jenner hosted Friendsgiving, and she and her friends made traditional Thanksgiving staples for it (turkey, stuffing, etc.)

Some people have Friendsgiving on actual Thanksgiving for those people who don’t feel like traveling or who don’t have families or a place to go.

Thankful for my friends this Friendsgiving pic.twitter.com/nKENQdlYBn

If you’re having turkey, the host usually makes that. Otherwise, you can ask guests to bring dishes or even assign them certain categories (salad, dessert, side dish, etc.) Most Friendsgivings are potlucks, where the host doesn’t make most of the dishes.

Some people create themes for their Friendsgiving to make it more fun (like Italian good or farm-to-table or something else.)

Here is a creative idea: Have a Friendsgiving with leftovers.

You could also just encourage people to bring their best dish or whatever they want. Make it looser to capture the spirit of Friendsgiving.

3. Why Friendsgiving Is Worth Doing

Friendsgiving last night! I'm thankful for all of these people ❤️? pic.twitter.com/xlYxqvwLjQ

Friendsgiving is basically Thanksgiving for friends, not family. Some of your friends might be from broken families or feel lonely on the actual Thanksgiving, so this gives them a chance to celebrate it too.

This would be the most pure friendsgiving ever https://t.co/sSVhJB9UH5

Other people end up having stressful family Thanksgiving dinners because some people don’t get along. Friendsgiving gives them the dinner without the stress.

Friends chose each other. Families didn’t. Therein lies the difference.

Friendsgiving is designed to mimic the traditions of Thanksgiving, so set a nice table. You can use real china if you have it or just come up with inexpensive but create place settings, perhaps following a theme that you’ve chosen. Some people get creative with the themes. Make them fun and funny, not annoying as you do not want to be known as a Friendsgivingzilla.

There is no problem with doing it more casual, though.

I'm having a Friendsgiving Part 2 at my apartment next week! Happy Thanksgiving!

Real napkins, place cards, and nice silverware can help create the feel if you want a more traditional dinner.

Don’t forget guests with allergies, who are gluten-free, or who are vegetarians.

Bring the host a small gift. Have a bottle of wine to pass around and share for those who drink (or substitute it for non-alcoholic beverages). Use Google docs to assign or claim dishes.

Some people have games or crafts at Friendsgiving.

Read More
Breaking News, Holidays, Thanksgiving
Friendsgiving is basically a Thanksgiving (often a second one) that you celebrate with friends. Learn more about it.