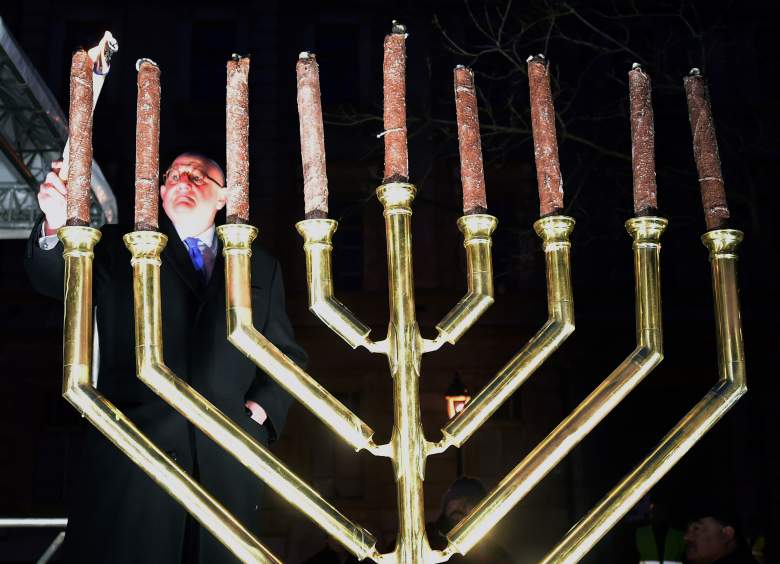 Considering that Hanukkah happens around the same time as Christmas every year, there’s a belief that the holiday is as important to Jews as Christmas is to Christians. However, you won’t find Hanukkah on the list of major Jewish holidays, so it’s far from really being the “Jewish Christmas.” In fact, the story of Hanukkah isn’t even mentioned in the Torah.

The holiday always starts on the 25th day of Kislev on the Hebrew calendar, meaning that it can happen anywhere between late November and late December. This year, for the first time since 1978, it happens to begin on December 24, Christmas Eve. TIME Magazine explains that Hanukkah is so late this year because it is a leap year on the Hebrew calendar, which required the addition of a leap month instead of just a lead day.

The story of Hanukkah is another underdog tale. Over 2,000 years ago, the land now known as Israel was part of the Seleucid Empire, notes Chabad.org. Judah Maccabee and the Maccabees led a revolt to take back the Holy Temple. After succeeding, the Maccabees went to rededicate the Holy Temple, but found that they only had enough oil to light a menorah for one night. Thanks to a miracle though, the oil lasted eight days, until they had enough time to make more oil.

Although the story of Hanukkah includes a miracle from god, it is not considered an important holiday and not as important as Christmas is to Christians. Christmas is celebrated to mark the birth of Jesus Christ, who Christians believe is the Son of god and the Messiah.

The most important Jewish holidays are High Holy Days: Rosh Hoshana, which marks the coming of the New Year, and Yom Kippur, the Day of Atonement. Yom Kippur is considered the holiest day of the Jewish calendar. Passover, the holiday that celebrates Moses leading the Jews out of Egypt, is also one of the more important Jewish holidays. Even Purim, a festive holiday usually held during the Spring, is mentioned in the Hebrew Bible, while Hanukkah is not.

In the Economic Journal article “Is Hanukkah Responsive to Christmas?,” Ran Abramitzky, Liran Einav and Oren Rigbi conclude that the “importance of Hanukkah among American Jews is driven by its proximity (in the time dimension) to Christmas, and that many American Jews use Hanukkah as a way to provide their children with an exciting alternative.” They note that there is a “stark difference” between how Hanukkah is celebrated in Israel, where it is still seen as a minor holiday, and in the U.S.

Along with the added importance of Hanukkah, the “eight nights of gifts” tradition is also relatively recent and something that came about in the U.S. According to My Jewish Learning.org, during the 19th Century, American Jews gave gifts on Purim, a festive holiday during the spring. However, gift-giving slowly transferred to Hanukkah, since it is around Christmastime.

The “gift giving” tradition is not the same as giving children gelt (Yiddish for money). This was a custom that started in Europe. At first children received real money to give to their teachers, but over time “gelt” turned into chocolate coins.

Interestingly, as TIME Magazine notes, there is a rabbinic tale that explains why holidays involving lights, like Hanukkah and Christmas both happen during the winter.

Elisheva Carlebach, a professor of History at Columbia University explained to TIME that Adam first realized that the says were getting shorter during the winter. He feared that days would completely end, but on the 25th day of Kislev, he realizes that it is the winter solstice.

“He was so grateful when he saw that the days would grow longer again that, on that turning point, he celebrated,” Carlebach explained. “I think [the story] is a way of explaining why both Jews and Christians have a festival of lights in the darkest season. It’s a kind of oblique acknowledgement that there is some common impulse for people to face with darkness with light.”

This year, Hanukkah begins on Saturday, December 24 and ends on January 1, 2017.

Loading more stories
wpDiscuz
3
0
Would love your thoughts, please comment.x
()
x
| Reply
Thanks to Hanukkah's proximity to Christmas, the holiday plays an outsized role in the U.S. But is it as important to Jews as Christmas is to Christians?