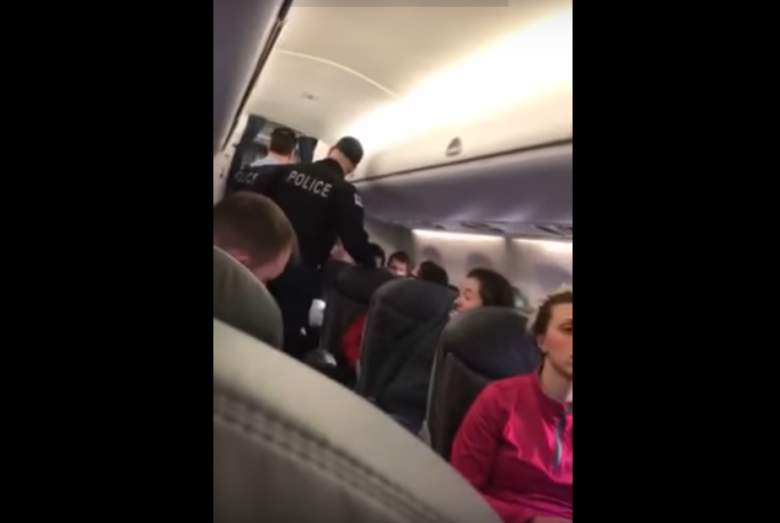 A new video shows the moments before Dr. David Dao from Kentucky was forcibly removed from United Airlines flight 3411 to Louisville.

The footage, recorded by passenger Joya Griffin Cummings, shows Dao talking to security officials who tell him to get off of the plane.

To watch the new video, watch below:

In the 20-second video, Dao is shown pleading with security officials to let him off of the plane instead of removing him.

The officer continues to ask him to leave the plane and Dao threatens to “make a lawsuit” against the airline. Responding officials then say that they would have to drag him out. Dao responds by saying “you can drag me.” He says that he would “rather go to jail” than be forced to leave the plane.

Cummings told her side of the story in a post to Facebook. She said in the post that she never once feared for her or her sons’ safety. She added that the airline called her family April 11 and told them they would refund their ticket on the flight in the full amount:

Dao was taken off the April 9 flight physically by multiple officers from the Chicago Aviation Police. United had booked the flight full — with 70 passengers — but needed four of its crew members to be on the flight for work the next day.

After offering compensation in return to passengers for voluntarily re-booking, United said it would randomly select four passengers to be the people who had to exit.

Two of the four people left the plane, and Dao and his wife were the other two. Dao said he didn’t want to exit the plane because he had patients to see the next morning. After continuing to refuse to leave, the officers grabbed him by the arm, bloodied his face and took him off of the aircraft.

The video sparked a large uproar in the media.