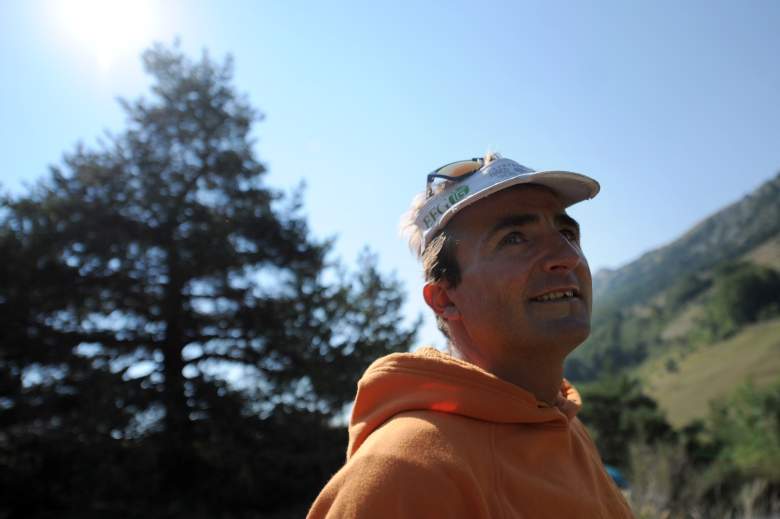 Swiss climber Ueli Steck poses in Sigoyer, in the Hautes-Alpes department of southeastern France, on August 13, 2015. Steck announced on August 12 that he had completed the ascent of 82 Alpine peaks of over 4,000 meters in 62 days after having climbed the Barre des Ecrins mountain in the French Alps. (Getty)

Ueli Steck, a famous Swiss mountain climber known as the “Swiss Machine,” has died in a training accident near Mount Everest. He was 40-years-old.

According to CNN, Steck died “when he slipped from a slope and fell into a crevasse at around 6,600 meters on Mount Nuptse.” However, other news sites have hedged that account, saying a slip and fall appears to have occurred. Ang Tsering Sherpa, head of the Nepal Mountaineering Association, told AFP that “he had an accident on the Nuptse wall and died. It seems he slipped.” 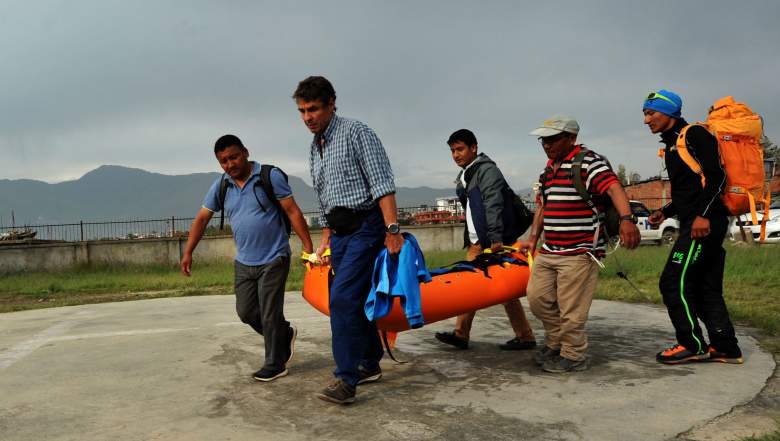 Nepalese volunteers and friends of Swiss climber Ueli Steck carry his body at a hospital in Kathmandu on April 30, 2017. He died on Mount Everest April 30, officials said. (Getty)

Reported the Himalayan Times, “A group of six rescuers discovered a body of the multiple-record holder mountaineer near the Nuptse Face of Mt Everest where he could have slipped and fell on the ice-covered slope. Fellow mountaineers had seen him climbing Mt Nuptse alone at around 4:30 am.” Horrifically, reports the newspaper, “The team has collected the scattered parts of the climber’s body. A Fishtail Air helicopter has also been sent to Camp II to conduct a long line rescue, according to a source at base camp.”

KTLA reports that the mountaineer was “acclimatizing himself as he planned to ascend 8,850-meter Mount Everest and Mount Lhotse next month.” According to USA Today, Steck died “in an apparent fall in Nepal.” 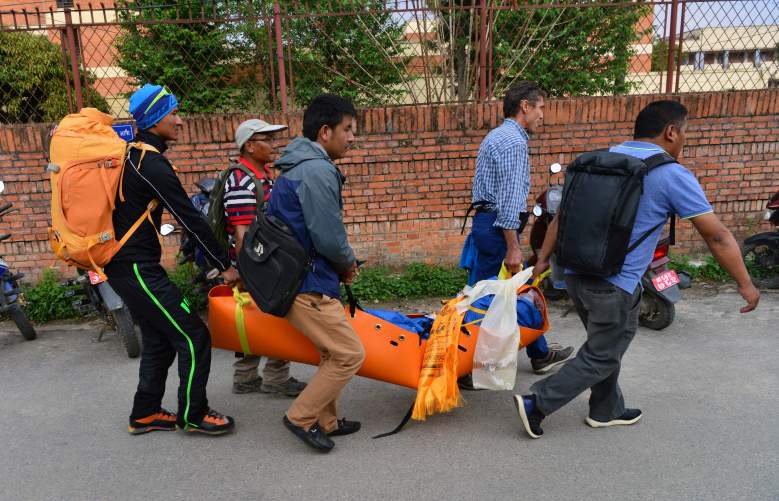 Nepalese volunteers and friends of Swiss climber Ueli Steck carry his body at a hospital in Kathmandu on April 30, 2017. (Getty)

A post on Steck’s Facebook page confirmed that he had died and asked people not to speculate on his death. “Ueli Steck was killed while trying to climb Mount Everest and the Lhotse. His family has learned of his death today,” said the April 30 post. “The exact circumstances are currently unknown. The family is infinitely sad and asks the media builders to refrain from speculation about the circumstances of his death due to respect for Ueli. As soon as there are reliable findings on the causes of Uelis Steck’s death, the media will be informed. The family asks the media for understanding that they will not provide any further information at the time.”

Before that tragic post, Steck’s final post came on April 26. He wrote, “Quick Day from Basecamp up to 7000m and back. I love it its such a great place here. I still believe in active aclimatisation. This is way more effective then spending Nights up in the Altitude!”

Loading more stories
wpDiscuz
5
0
Would love your thoughts, please comment.x
()
x
| Reply
Ueli Steck, the famed mountain climber known as the "Swiss Machine" has died in a training accident near Mount Everest. Learn more about his cause of death.