A number of people have been killed after a “huge bang” was heard at an Ariana Grande concert in England. In a statement, the Greater Manchester Police said that there are “multiple fatalities” and injuries following Grande’s show at the Manchester Arena. The explosion happened in the foyer of the arena at around 10:30 p.m. after the concert had ended and fans were beginning to leave.

NBC News reporter Tom Winter has tweeted that there are “at least 20 dead and hundreds injured.” A spokesman for Grande said, “Ariana is okay. We are further investigating what happened.” Manchester Arena is the largest indoor arena in the world.

The moment of the explosion was captured by Joe Gregory’s dashcam, he later posted the footage to Twitter:

If you look towards the left you see the explosion and hear the bang. I hope to GOD everyone is ok, and so glad Jess and Em are. #manchester pic.twitter.com/q81KHGEJ6E

Gregory was then forced to deny that he had faked the footage while saying that his girlfriend was inside at the concert.

The explosion happened just after the concert ended. This 18-year-old witness describes the confusion as people ran. #ManchesterArena pic.twitter.com/4Kyyd15Y44

One witness, Karen Ford, explained to the BBC that rumors spread across the venue that the explosion was a bomb. Ford added that there was a single bang.

You can watch a livestream of news coverage of the incident here:

The Sun’s Tom Newton Dunn has speculated on Twitter, citing National Health Service sources, that the attack was a nail bomb attack. In the 1990s, nail bomb attacks were the trademark of white supremacist terrorists in the United Kingdom. 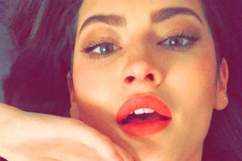 Read More
Breaking News, Celebrities
wpDiscuz
3
0
Would love your thoughts, please comment.x
()
x
| Reply
A number of people have been killed after a "huge bang" was heard at an Ariana Grande concert in England.