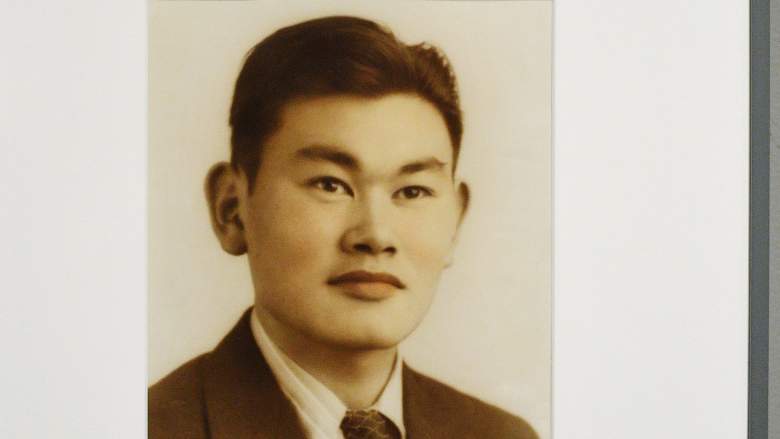 Fred Korematsu was a civil rights activist who fought the internment of Japanese-Americans during World War II all the way to the U.S. Supreme Court.

The nation’s highest court infamously ruled against him in Korematsu v. United States.

The court case that bears Korematsu’s name was raised anew on May 15 by a judge sitting on the 9th Circuit Court of Appeals, who was hearing the constitutionality of Donald Trump’s travel ban. The judge compared the government’s arguments in the travel ban case to Korematsu v. United States. Trump has denied that the executive order is a “Muslim ban” as critics allege.

Whoa. Judge in the Muslim ban case just said that, under the Trump DOJ's argument, Korematsu was correctly decided.

You can read the Korematsu decision, including dissents and concurrence here.

The decision has joined the ranks as one of the court’s worst in U.S. history.

Even conservative stalwart Justice Antonin Scalia “ranked Korematsu alongside Dred Scott, the 1857 decision that black slaves were property and not citizens, as among the court’s most shameful blunders,” reports The New York Times.

1. Korematsu Refused to Go to an Internment Camp 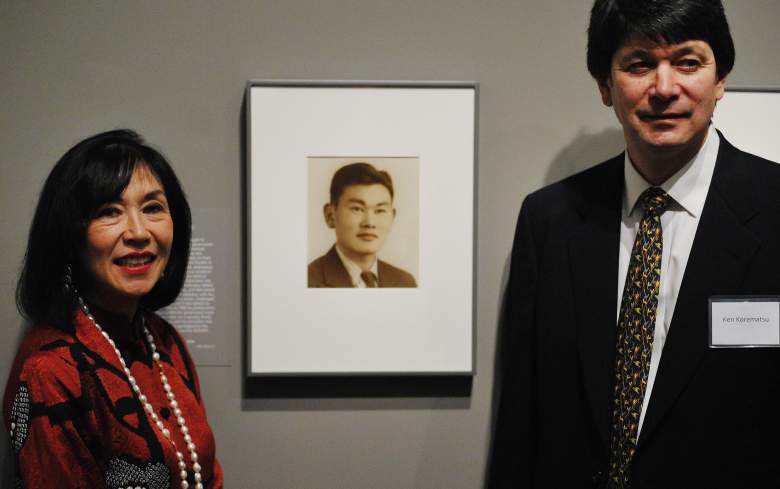 Karen and Ken Korematsu pose near photographs of their father Fred Korematsu during a presentation of his portrait to the National Portrait Gallery on February 2, 2012 in Washington, DC. (Getty)

At only age 23, Korematsu took a defiant stand against the internment of Japanese Americans during World War II, and he was arrested for it.

In 1942, “he refused to go to the government’s incarceration camps for Japanese Americans,” according to the Korematsu Institute. “After he was arrested and convicted of defying the government’s order, he appealed his case all the way to the Supreme Court.”

According to PBS, early in World War II, in February 1942, President Franklin Roosevelt “issued Executive Order 9066, granting the U.S. military the power to ban tens of thousands of American citizens of Japanese ancestry from areas deemed critical to domestic security.”

The order banned “all persons of Japanese ancestry, both alien and non-alien” from a “designated coastal area stretching from Washington State to southern Arizona, and hastily set up internment camps to hold the Japanese Americans for the duration of the war,” reports PBS.

Korematsu “refused to leave his home in San Leandro, California,” resulting in his arrest, reports PBS.

According to the court decision, Korematsu, “an American citizen of Japanese descent, was convicted in a federal district court for remaining in San Leandro, California, a ‘Military Area,’ contrary to Civilian Exclusion Order No. 34 of the Commanding General…of the Western Command, U.S. Army, which directed that, after May 9, 1942, all persons of Japanese ancestry should be excluded from that area. No question was raised as to petitioner’s loyalty to the United States.”

2. The U.S. Supreme Court Ruled Against Korematsu in the Case

A 1942 notice of the order forcing Japanese-Americans into the camps. (National Archives)

In what many have cited as a black eye on the U.S. Supreme Court’s legacy, in 1944, the Supreme Court “ruled against him, arguing that the incarceration was justified due to military necessity,” reports the Korematsu Institute.

The Korematsu decision has never been technically overruled by SCOTUS, according to The New York Times.

However, the Times quoted Justice Stephen G. Breyer as writing that the decision has been “so thoroughly discredited…that it is hard to conceive of any future court referring to it favorably or relying on it.”

As the Times put it, what the Supreme Court did in Korematsu was to “endorse” an executive order that “required 110,000 Americans of Japanese ancestry to be removed from their homes and confined in detention camps.” The court relied on “wartime hysteria” to come to its decision, reports The Times.

Korematsu’s daughter wrote in an essay on NBC News: “The ruling remains an ominous shadow on Americans’ civil liberties in times of crisis, when our Constitution’s principles must hold their strongest. Current racial tensions and challenges facing American Muslims, immigrants, and other minority communities across America remind us that we have not overcome the past.” 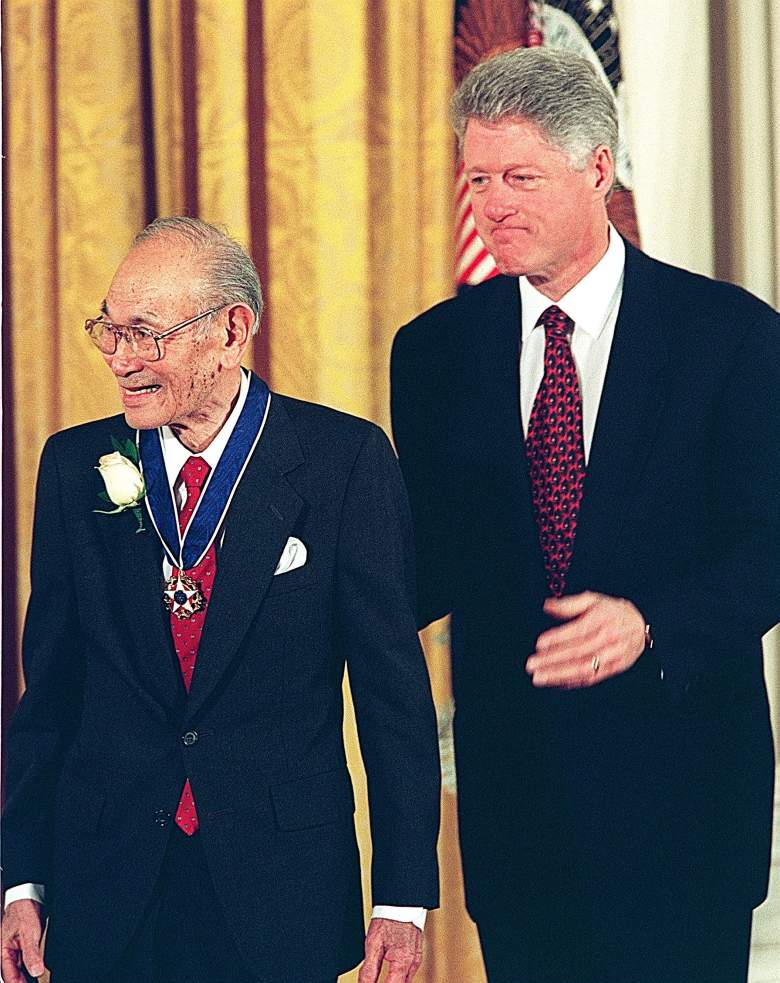 President Bill Clinton stands with Fred Korematsu after awarding him the Presidential Medal of Freedom, the nation’s highest civilian honor, during ceremonies at the White House in Washington, DC. (Getty)

In 1983, reports the Korematsu Institute, “Prof. Peter Irons, a legal historian, together with researcher Aiko Herzig-Yoshinaga, discovered key documents that government intelligence agencies had hidden from the Supreme Court in 1944.”

According to the Institute, “the documents consistently showed that Japanese Americans had committed no acts of treason to justify mass incarceration.”

Armed with those documents, a group of lawyers working for free got Korematsu’s case reopened after 40 years “on the basis of government misconduct.”

On November 10, 1983, “Korematsu’s conviction was overturned in a federal court in San Francisco. It was a pivotal moment in civil rights history,” reports the Institute. However, the court decision itself still stands.

4. A Judge Has Equated the Trump Travel Ban to Korematsu 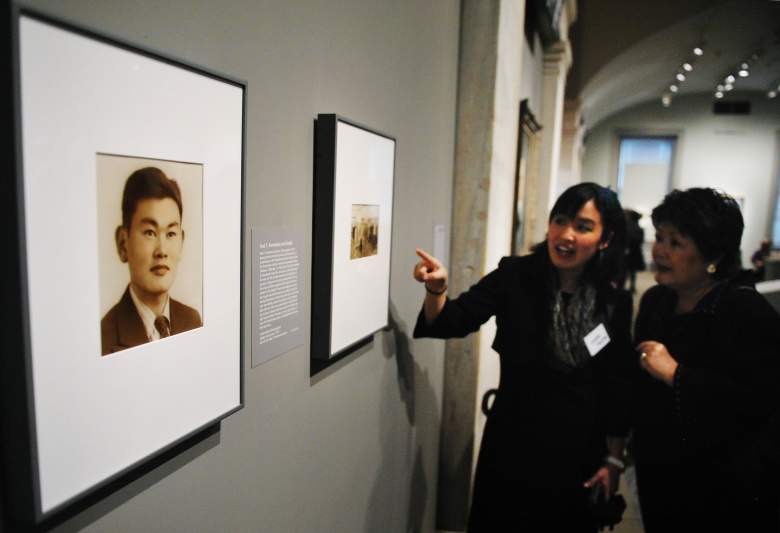 Family members of Fred Korematsu during look a his photographs during a presentation to the National Portrait Gallery on February 2, 2012. (Getty)

A three-judge panel of the 9th Circuit Court of Appeals is ruling on the constitutionality of President Trump’s travel ban, which critics have called a “Muslim ban.”

Just in case this isn't clear to the non-lawyers out there, if a judge compares your argument to Korematsu, that means you're in trouble.

All three judges are Bill Clinton appointees. During the May 15 hearing, one of the judges compared the government’s arguments in support of the travel ban to Korematsu.

According to ThinkProgress, a liberal site monitoring the hearing, “Korematsu reared its head in response to Acting Solicitor General Jeffrey Wall’s argument that courts cannot dig into Trump’s true motives for issuing the Muslim ban — or at least, that they can’t dig into Trump’s many statements as a political candidate — and must largely accept as fact that Trump implemented the ban for the non-discriminatory, national security reasons stated in the order.”

The comparison was raised by “Judge Richard Paez, a Clinton appointee,” reports ThinkProgress.

The Fred T. Korematsu Center for Law and Equality has filed an amicus brief challenging the Trump travel ban, arguing that the “President’s new Executive Order…discriminates based on national origin and is reminiscent of Executive Order 9066 that paved the way for the mass incarceration of thousands of Japanese Americans.”

Judge Michael Hawkins, of the 9th Circuit Court of Appeals, demanded to know from a government lawyer whether President Donald Trump has ever “disavowed” his campaign statements advocating a “Muslim ban” during the same hearing.

“Has the president ever disavowed his campaign statements?” the judge asked. “Has he ever stood up and said, I said before I want them to ban all members of the Islamic faith from entering the United States of America. I was wrong. I’ve consulted with lawyers. I’m not addressing it simply to security. Has he ever said anything approaching that?”

The lawyer representing the government, Jeffrey Wall, told Hawkins that Trump has “clarified” his comments since the campaign. You can watch the exchange above.

“Yes, he has said several things approaching that,” said Wall, adding that the clarifications could be found in court briefs. “…over time, the president clarified that what he was talking about were Islamic terrorist groups and the countries that shelter or sponsor them. And over time, he and his advisers clarified that what he was focused on were groups like ISIS and Al-Qaeda.”

Protests erupted in the past over Trump’s travel ban. (Getty)

Judge Hawkins said, “His surrogates had said the president is just carrying out his campaign promises on this issue.”

“During the campaign, he clarified that what he was talking about were territories and countries that Congress and the previous administration had said were dangerous,” responded Wall. 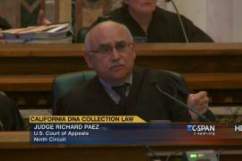 5. Korematsu Was Decided 6-3 Despite Vigorous Dissents

Justice Hugo Black wrote for the majority that although “all legal restrictions which curtail the civil rights of a single racial group are immediately suspect” and subject to tests of “the most rigid scrutiny,” not all such restrictions are inherently unconstitutional, according to PBS.

“Pressing public necessity,” he wrote, “may sometimes justify the existence of such restrictions; racial antagonism never can.”

In a dissent, Justice Robert Jackson wrote that Korematsu “has been convicted of an act not commonly thought a crime. It consists merely of being present in the state whereof he is a citizen, near the place where he was born, and where all his life he has lived.”